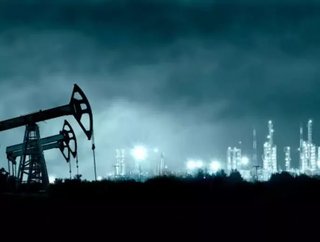 Royal Dutch Shellrecently announced its decision to proceed with its Carmon Creek project inAlberta, Canada, expected to produce up to 80,000 barrels o...

Royal Dutch Shell recently announced its decision to proceed with its Carmon Creek project in Alberta, Canada, expected to produce up to 80,000 barrels of oil per day. Carmon Creek is a thermal in situ project that is 100 percent Shell owned and will be part of the company's broader production, refining and marketing business across the full value chain in North America.

“I'm pleased we're moving ahead with this important project,” said Lorraine Mitchelmore, executive vice president heavy oil. “Shell's Peace River oil leases represent a significant development opportunity. Our decision to invest in Carmon Creek has been carefully studied with the goal of designing a project that is competitive from a commercial, technological and environmental perspective.”

At Carmon Creek, Shell combined its global procurement reach and technology with access to local expertise to design a facility that is both commercially viable and minimizes environmental impacts. This design includes a novel well-delivery system and the use of cogeneration that will also feed power into the Alberta grid; enough to power half a million homes. Once the project is up and running the aim is to virtually eliminate the need for freshwater use for steam generation through recycling of water produced with the oil.

Carmon Creek will build on Shell's more than 30 years of experience developing its Peace River heavy oil leases and established relationships with local communities and First Nations. It is expected to employ more than 1,000 local trades and contractors during peak construction periods.

Shell submitted its regulatory application for Carmon Creek in 2010 and received approval from the Alberta Energy Regulator in April 2013, following a rigorous and transparent review process. The project is expected to provide a secure, reliable energy source and benefits to Alberta and Canada for more than 35 years.