Shell Takes the Lead on Natural Gas, Welcomes the Future of Clean Energy 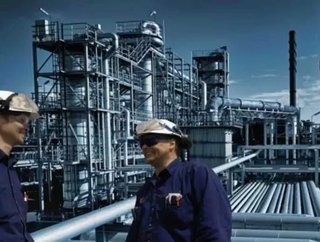 Click here to read this article in the May Edition of Energy Digital As the global population reaches nearly nine billion people and counting, the dem...

As the global population reaches nearly nine billion people and counting, the demand for energy is moving at a pace in which the world can hardly keep up (while emissions rise to levels it can hardly afford). In the first half the the 21st century alone, energy demand is expected to double, leaving governments scrambling for solutions. Like President Obama, leading energy companies agree that it will take an “all of the above” approach—even Big Oil.

Royal Dutch Shell's CEO Peter Voser recently said that the US and world need to take climate change seriously and increase the use of renewable energy-generating sources, but that ultimately the abundant supplies of natural gas will be the backbone of an immediate cleaner future. As the world's largest gas producers, both the US and Shell will lead the way.

“The world needs to follow America’s lead and take full advantage of the cleanest-burning fossil fuel, and that’s natural gas,” Voser said during a speech at a luncheon held by the Boston College Chief Executive’s Club of Boston. “Increased use of natural gas is the biggest single step that the world can take today to begin reducing [carbon dioxide emissions].”

With the biggest share of the market, Shell has some 22 million tons of it refers to as “LNG equity,” not including the company's stake in other projects like Chevron's massive Gorgon gas project in Australia and the 7 million tons of uptake expected to come from a recent deal with Repsol SA after acquiring assets in Trinidad and Peru.

"Beyond this, we have a lot of projects that we are studying,” Andy Brown, Shell's Upstream International Director, said in a press conference. “That really reinforces our position as a the leading LNG trader across the world.

“Actually, if you look at Shell today we produce about as much gas as we do oil. And of all the majors, we probably have the largest proportion of gas... It really is our commitment to this industry and the environmental benefits that we see behind gas that underpins that positioning.”

Further exploration in tight and shale gas, particularly in the US, is providing a richness of opportunities for the company and country alike.

“Tight and shale gas has been really what has transformed our industry in the last few years,” says Brown. “It has doubled the amount of recoverable gas in the world and transformed the energy outlook of the US.”

Flashback to five years prior, and it was a different picture. “We thought we would be gas short,” Brown adds. “The tight and shale gas revolution has transformed the picture” to essentially the opposite, driving a “reindustrialization of the Midwest.”

Leveraging its position in the market, Shell is not only using natural gas to power its own drilling rigs, ships and heavy trucks, but encouraging others to make the same transition as the company invests heavily in building the infrastructure to fuel trucks and boats to run on it.

And despite the challenges—from funding projects to economic uncertainties—Shell's approach makes the pursuit of natural gas economic while prices are low.

“If you’re just producing natural gas and selling it into a pipeline, of course it’s a pretty challenging market right now,” Marvin Odum, president of Shell Oil Co., the company’s Houston-based U.S. Arm, told Fuel Fix. “If you have the ability to play through that whole value chain of producing, marketing, liquefaction on through to transportation and then delivery to a higher market, you see that’s a better business.”

The company also believes that despite a massive increase in natural gas production in the US, there is “not going to be a flooding of the LNG market” and that, in time, other areas will develop, Brown says. China's LNG demands will increase by a fivefold, while European markets standby until CO2 pricing schemes make the fuel less expensive and public concern over the effects of “fracking” for the fuel eases.

For now, Shell is working on changing those public perceptions in collaboration with industry and NGOs to develop standards exploring those resources, which the company believes can be done without posing any harm to the environment or nearby communities.

“It's so important for us to set the standards the industry has to apply,” says Brown, which will ultimately put the outlook of natural gas on “much better footing.”

The company also highlights the important role a natural gas-powered market would play in renewable energy.

“Gas is the natural ally of renewables like wind and solar,” Voser says. “Wind and solar are intermittent energy sources [but] natural gas can keep the electricity flowing when the sun doesn’t shine and the wind fails to blow. Unlike many other energy sources, gas can be switched off and on quickly, and its global supply is increasingly diverse, which enhances energy security.”

The potential for transformation in America is huge. Though the US imports 20 percent of its energy today, in just a matter of years the shale gas boom and an influx of clean energy technologies will put the country on track to becoming completely self-sufficient.