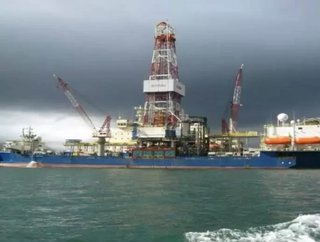 Just as environmentalists had feared, oil companies may be moving too quickly to operate safely in Arctic waters. A Shell Oil drilling ship slipped it...

Just as environmentalists had feared, oil companies may be moving too quickly to operate safely in Arctic waters. A Shell Oil drilling ship slipped its anchor in Alaska's Dutch Harbor Saturday, following a mooring problem on the same vessel a year prior in New Zealand.

The 571-foot Noble Discoverer drifted extremely close to shore before it was towed away and re-anchored. Fortunately, no damage was done, and the Coast Guard is inspecting the ship as part of an ongoing investigation.

Owned by Noble Drilling, the ship is part of Shell's fleet to take part in planned exploratory offshore drilling in the Arctic waters of the Chukchi and Beaufort seas. But the recent incident raises questions about the ship's capabilities. Last year, its eight-anchor mooring system failed in a severe storm off the coast of New Zealand.

However, Shell spokesman Curtis Smith defends the incident, claiming that the procedures that took place were “textbook” and worked well. He says only one anchor broke its line and the others held, not to mention that the anchor system used in the Arctic would be far different from the one used in New Zealand.

Despite fierce opposition, the company is moving forward on its $2.1 billion worth of leases in the area it purchased in 2008. Exploratory wells are set to be drilled this summer, beginning as early as August.