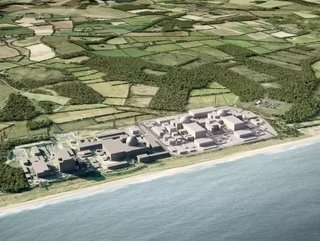 The UK Government has given planning consent for the Sizewell C nuclear power station in Suffolk.

The DCO application was submitted in May 2020 and sets out the range of measures the project will take to mitigate the effects of construction and maximise the benefits for local communities.

More than 1,000 interested parties and statutory consultees gave evidence during the public examination which ran from April to October last year, and the decision follows four rounds of public consultation which began in 2012 and involved more than 10,000 East Suffolk residents.

Carly Vince, Sizewell C’s Chief Planning Officer, said: “I am delighted that, after months of careful consideration, the Government has given planning consent for Sizewell C. It is a big endorsement of our proposals and supports our view that this is the right project in the right place.

"I would like to thank the thousands of people in East Suffolk who contributed to our consultation sessions and the public examination. The input of residents, local authorities, environmental groups and many others has helped us to improve our plans. We will continue to work closely with them to make sure we minimise the impacts of construction and maximise the huge opportunities for the area.

"Sizewell C will be good for the region, creating thousands of opportunities for local people and businesses. It will boost local biodiversity and leave a legacy Suffolk can be proud of.”

Sizewell C is set to become one of the UK’s biggest net zero infrastructure projects, supplying reliable low carbon electricity to around six million homes. By displacing fossil fuel electricity, it will avoid around 9mn tonnes of CO2 emissions a year.

Negotiations with the Government on raising funds for the project are continuing and a Financial Investment Decision is expected in 2023. Last month, the Government announced that Sizewell C could be eligible for funding using the so-called Regulated Asset Base (RAB) scheme which will drive down the cost of the project to consumers.

Julia Pyke, Sizewell C’s Financing Director, said: “Energy costs will be lower with nuclear in the mix, so today’s decision is good news for bill-payers. The tried and tested funding arrangement we are proposing means that, by paying a small amount during construction, consumers will benefit in the long-term.

"Sizewell C will give a big boost to jobs and skills in nuclear supply chain companies across the country. It will strengthen the UK’s energy security and play a key role in our fight against climate change.

"Planning approval brings us closer to delivering the huge benefits of this project to Suffolk and to the UK.”

Other approvals required before the project can begin construction include a Nuclear Site Licence from the Office for Nuclear Regulation and permits from the Environment Agency.

"This is a huge step forward for Britain’s energy security and net zero ambitions," he said.

"Sizewell C will provide reliable low-carbon power for more than 80 years, cutting gas use, creating thousands of high-quality, skilled jobs, and long-term investment and opportunity up and down the country. It will be one of the UK’s largest ever green energy projects, and this decision significantly strengthens the pipeline of new nuclear capacity in Britain."

If new nuclear plants could be built 20-40% less expensively, that could translate into 20% lower total system costs, according to Mckinsey, meaning nuclear power could supplant investment in both thermal and renewable sources.

"At that price, nuclear power begins to outcompete the combination of storage and renewables otherwise needed to reach 100% decarbonisation."