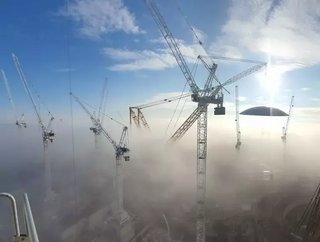 University of Nottingham, Strata Technology, Atkins and Doosan Babcock are working with Sizewell C on a design study for a direct air capture system

A consortium led by Sizewell C has been awarded £250,000 by the UK Government to develop plans for Direct Air Capture (DAC) which could be powered by the new nuclear power station proposed for Suffolk. The funds have been provided under Government’s Net Zero Innovation Portfolio which supports the development of low-carbon technologies.

Leading engineers and carbon capture experts at the University of Nottingham, Strata Technology, Atkins, and Doosan Babcock are working with Sizewell C on a design study for a unique DAC system which runs on low carbon heat.

Direct Air Capture involves removing carbon dioxide from the atmosphere which is then stored so that it cannot contribute to climate change. Some Carbon Dioxide (CO2) can also be ‘recycled’ for other purposes such as conversion into synthetic fuels.

The DAC system being proposed by the consortium will be more efficient than other models as it will require little to no electricity and will be able to use heat at a wide range of temperatures. Nuclear is the cheapest way to produce low carbon heat and its use could significantly drive down the cost of this new technology.

A small-scale demonstrator DAC system would be capable of capturing 100 tonnes of CO2 a year. A scaled-up version powered by Sizewell C with heat pumped to a suitable location would have little impact on the power station’s electricity output and could one day capture 1.5m tonnes of CO2 a year. That’s enough to almost offset the annual emissions of the UK’s rail network and would make Sizewell C carbon negative.

Proposals for the pilot project were submitted by the consortium as part of the Government’s Greenhouse Gas Removal (GGR) competition, which is aimed at accelerating the development of carbon capture systems. GGR technologies are crucial for helping the UK achieve net zero emissions as they will help to offset the CO2 produced by industries which are difficult to decarbonise, like agriculture and aviation.

All engineering and design activities for the pilot will be carried out in the UK to develop a British DAC technology. Sizewell C is already developing plans for hydrogen production to lower carbon emissions during construction of the power station and to provide fuel for local transport and industry.

Sizewell C’s Finance Director, Julia Pyke, said: “Finding a way to bring down the cost of direct air capture is important to our transition to net zero, and powering DAC with heat from Sizewell C has the potential to make the power station carbon negative. This has exciting potential for our fight against climate change and shows how nuclear can bring even more value to our energy system.”

Energy Minister Anne-Marie Trevelyan said it is determined to tackle climate change and make it 'win-win' for both our planet and the UK economy. "Today’s major cash boost – targeted at our most polluting industries – will encourage the rapid development of the technologies we need to reign in our emissions and transition to a green economy, one that reduces costs for business, boosts investment and create jobs."

Dr Chenggong Sun, the principal technology investigator at University of Nottingham, said: “University of Nottingham has an international reputation for its research into innovative carbon capture materials and process technologies for both industrial and direct air capture applications. We are delighted that Nottingham’s DAC research has made a vital contribution to the Greenhouse Gas Removal Phase 1 project bid led by Sizewell C. We look forward to working with our industrial partners to deliver a major step towards a market-ready novel DAC technology by 2030.”

Strata Technology’s Managing Director, Roger Kimber, added that Strata can bring its extensive knowledge and experience of carbon capture and pilot scale process development to the consortium, and its team of engineers are excited to be developing a technically and commercially viable solution for direct air capture with its partners.

Cameron Gilmour, VP of Nuclear for Doosan Babcock and SZC Consortium Spokesperson said it is committed to supporting the UK’s green recovery and net zero ambitions.

Atkins’ Managing Director for Nuclear & Power, Chris Ball said: “Industry collaboration and whole system thinking are essential as we work to reach our objective for Net Zero and this consortium positively promotes these core attributes. Atkins is proud to be part of this industry leading initiative and delivering innovation in clean powered Direct Air Capture."