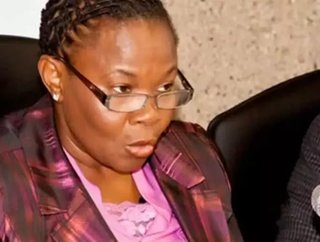 Companies like Shell will have to wait a bit longer to exploit South Africa’s shale natural gas resources.  South Africa’s Mining Minister Susan Shabangu has decided to extend the ban on the practice of hydraulic fracturing used to break through shale rock formations underground to tap once inaccessible gas reserves.  The moratorium will last another six months, while the nation’s appointed team to investigate the safety of hydraulic ‘fracking’ continues its research.

All new applications to exploit shale gas resources have been frozen by Minister Shabangu.  The central Karoo region of South Africa is of particular interest for its presumed shale resources. "I can assure you that when it comes to fracking in the Karoo, we will engage with everybody. We will go to the people," says the Minister.

"She's putting everything on ice for a further six months so that the task team can complete its work. It has given her an interim report and she has asked them to do further work on that interim report," minerals and resources department spokesman Bheki Khumalo says. "It simply means that South Africa will not take any decision on fracking and finalize this matter in any way until the end of February next year. Also there will be public consultations once she has got the report."

Shell and other major energy producers have claims in the region and were expecting the drilling ban to be lifted; however, the extension will simply put plans on hold until 2012.  Several countries and regions with shale resources are implementing similar bans for fears of water contamination.  The following year will see several international studies being released as to the safety of the practice, once and for all putting an end to the questions that have pitted energy companies against environmental and social activists ever since the hydraulic fracking technology first got underway.