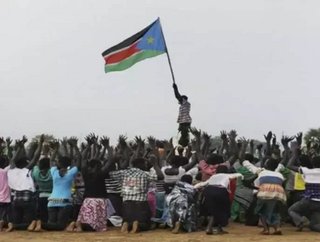 South Sudan begins shutting down oil production in response to a dispute with northern Sudan over transportation fees on exports. According to the go...

South Sudan begins shutting down oil production in response to a dispute with northern Sudan over transportation fees on exports. According to the government, a full shutdown will take two weeks.

South Sudan is demanding $1 billion for fees since July and $36 a barrel while Sudan diverts the crude to cover some unpaid bills. South Sudan President Salva Kiir has publicly said that Sudan has “looted” $815 million of its oil. He has also accused Khartoum of having built a pipeline that essentially diverts 120,000 barrels per day of production flowing through the north.

“At this time we have no guarantee that oil flowing through the Republic of Sudan will reach its intended destination,” Kiir told Parliament. “We can’t allow assets which clearly belong to the Republic of South Sudan to be subject to further diversion.”

After South Sudan gained independence in July, it took about three-quarters of Sudan's total output. With decades of civil war between the two countries, the new source of tension is now sharing oil revenues.

The government released a statement warning companies that if they buy or sell “stolen crude,” they will be subject to legal action. Both countries will resume talks soon under the African Union in Addis Ababa with negotiations stalled last week.