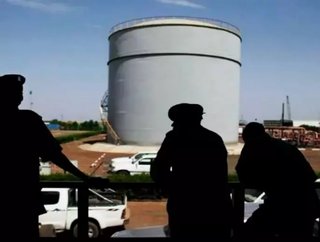 Sudan withdraws its army this week from the disputed Abyei border region containing rich oil fields. Contested by neighboring South Sudan, it will be...

Sudan withdraws its army this week from the disputed Abyei border region containing rich oil fields. Contested by neighboring South Sudan, it will be handed over to the U.N.

According to the Sudan Media Center, Ethiopian troops will fill the vacuum and maintain security. Both sides are to return to talks in Addis Ababa, Ethiopia after the U.N.'s diplomatic intervention Tuesday.

Stemming from the failed process that begin with a Comprehensive Peace Agreement in 2005 that led to the creation of South Sudan, issues over the distribution of income from oil resources, among other things, remain. South Sudan shut down oil production over disputes between pipeline fees and confiscated shipments in the Republic of Sudan. Although South Sudan controls three-fourths of the country's oil resources, it is doing the people no good as it fails to reach the market.

Sudan's loss of billions of dollars of oil revenues will bring down the government as inflation soars, the economy buckles and people grow hungrier, opposition leader Hassan al-Turabi said in an interview.

Oil once accounted for 90 percent of exports, but Sudan's economy took a beating when South Sudan gained independence in July and took away most of the known crude reserves.

Citizens have since had to cope with inflation at nearly 30 percent and a rapidly devaluing currency in a country where the economy is already reeling from U.S. trade sanctions and the cost of renewed conflict with South Sudan and rebels.

"Hatred for the regime is intensifying now in the country," Turabi, the leader of the opposition Popular Congress Party told Reuters in a recent interview in Khartoum.

"The economic crisis has intensified and this is very dangerous. If the hungry go out in a revolution, they will break and destroy ... I expect it won't take us long now," Turabi said.

Former South African President Thabo Mbeki will be leading the negotiations. The U.N. Security Council extended its force's mission in Abyei, including 4,000 peacekeepers.