TasNetworks changes with the times

A traditional, government-owned business formed from the merger between Aurora’s distribution network and Transend’s network, but it’s not a traditional future the company is preparing for. Tasmania-based TasNetworks has an opportunity to create something that’s more commercial and adaptable, thanks to the merger.

The previous Tasmania state government commissioned an independent panel to look into the state’s energy supply production and areas for processes reduction.

This resulted in the panel recommending a merge between Aurora Distribution (poles and wires) business and the Transend network (towers and powerlines) business. The two combined in July 2014, making $913 million in the first year of operation as TasNetworks.

• Related: Most influential leaders in energy: 2016

“The big challenge for us is, how do we energise, motivate and build the capability of our people so that we can move with the market,” said Justine McDermott, TasNetworks general manager of people and performance. “And it takes a lot of effort, strategy and leadership to do that.

“It’s a change from a conservative culture to an achievement culture. And it’s never been done before in an Australian government-based organisation. It will be a very interesting case study to see if we can achieve it.” 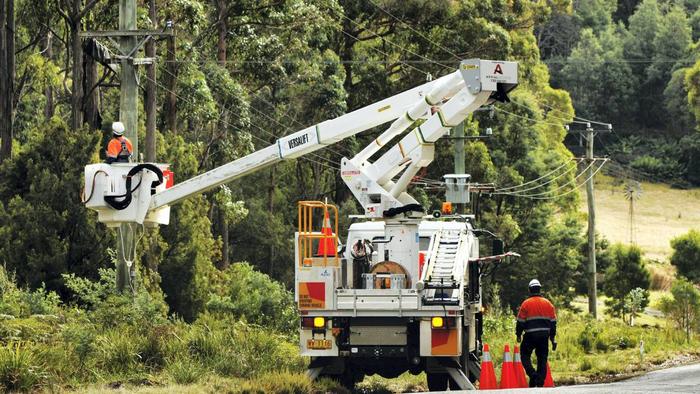 It starts at the top

Today, TasNetworks is about much more than simply poles and wires.

The company’s role is changing rapidly, with a greater emphasis on getting people to buy into a different future, as well as helping employees understand that doing what they’ve done in the past is no longer enough.

“We clearly understand there are some levels of the business that are rapidly advancing upon us,” said McDermott. “In an environment like Tasmania, which is an island with isolated areas, the traditional poles and wires aren’t necessarily the best way to service those customers. It’s about collaborating with other suppliers to produce standalone services.”

“To be effective in leading change, you need leaders who are courageous. He’s really being courageous and backing the things that we’re doing,” said McDermott.

With the consistent commercial message around the market constantly changing, the company has to change along with it. The significant part of TasNetworks’ strategy is: The strategy won’t happen if they don’t make it happen.

“Leadership and investing in our leadership programs to help people change and measure our progress is critical,” said McDermott. “Lance has backed all of that, and not many leaders or CEOs would so visibly.” 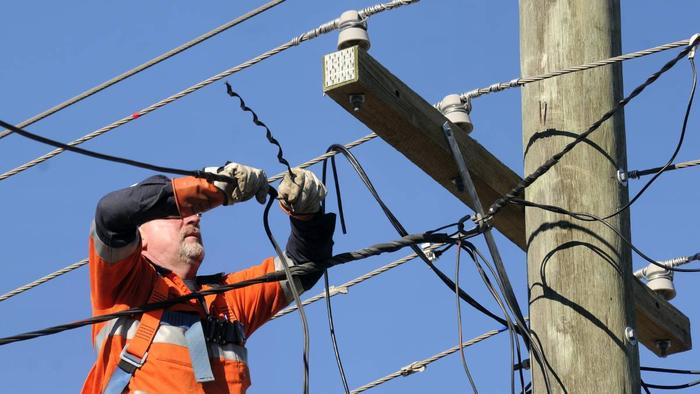 The new plan for TasNetworks’ business revolves around aligning the business to unlock efficiencies, staying relevant in a changing environment, and standing behind the customer.

“The big opportunity for us is helping our people be effective at working within a changing environment, which is something entirely new to the majority of our people,” said McDermott. “Everything you do in this business should be about the customer.”

A central part of TasNetworks’ customer theme is its Voice of the Customer program, which initially caught some off guard due to its vagueness.

“Everyone asked, ‘What is it?’ And I said, ‘We’ll figure it out along the way,’” said Tas Networks CEO Lance Balcombe. “A lot of people struggle with that because they want something tangible. That creates challenges for some people, when they’ve been used to dealing with certainty.”

• Related: 5 Ways the Internet of Things will improve the energy sector

TasNetworks has developed a Voice of the Customer Program to drive the focus on delivering quality service outcomes for its customers.

Despite its ambiguous nature, or perhaps because of it, Voice of the Customer is designed to reflect TasNetwork’s highly flexible nature, keeping customer satisfaction as the ultimate goal, rather than as secondary one. 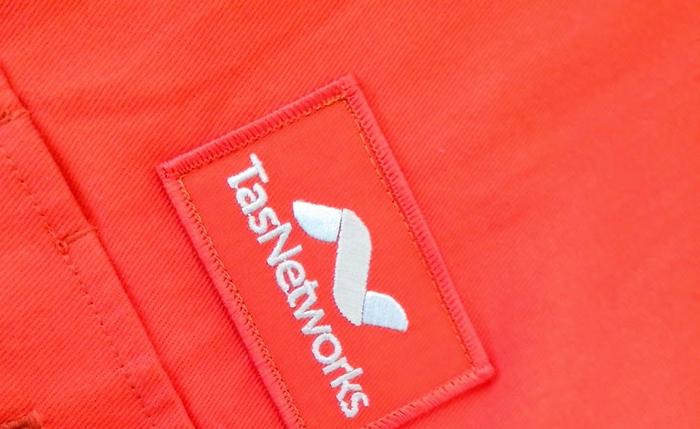 Although engineers traditionally seek perfection and stability, TasNetworks employees must move quickly, juggle unknown variables, and take risks in such a dynamic environment.

“We have a clear understanding that we’re embarking on a transformation program,” said McDermott. “We want to keep doing what we do well, and learn multiple new skills and capabilities. We have known that from the start. One of the great opportunities of a new business is you can put the scaffolding in place to build change.”

Change isn’t for everyone, but one thing TasNetworks prides itself in is helping its people adjust to change, while also helping them make the right choices if it doesn’t suit them.

TasNetworks puts emphasis on assessment, measuring both its internal culture and engagement, before sharing the data with its employees and putting them through culture development workshops.

“We talk to them about how each of our behaviours creates the culture, and what we may need to do differently to change our culture to one that is more achievement focused,” said McDermott. “Becoming more adaptable is a big change. We’re not expecting it to happen immediately, but it’s the start of a long-term program.” 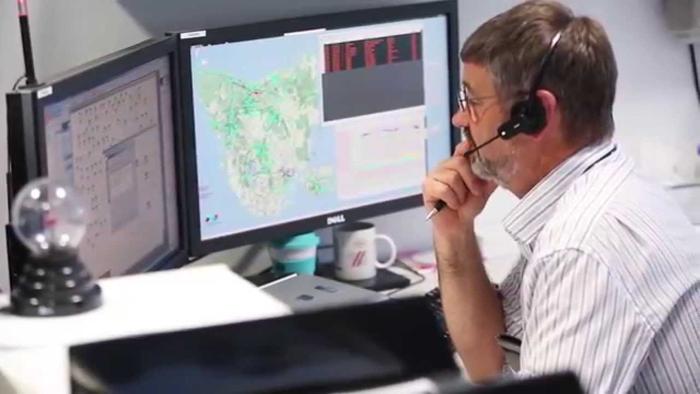 With a recently upgraded starter system along with a myriad of business software platforms, TasNetworks signed off on implementing a business transformation project at the end of October with SAP at its core. According to Balcombe, it’s a two-year implementation that will cost just over $58 million.

“It’s not an IT project,” said Balcombe. “We very much view this as a business transformation project. Obviously there’s a lot of risk with large IT implementation, but we’ve done a lot of work making sure we resource it properly.

“A big component of the project is change management, because the way people do things as result of this project is going to change.”

• Related: Inside Look at the Breakthrough Coalition

In addition, TasNetworks transmission system consists of a 220 kV and a 110 kV transmission network that connects generators to the distribution system, major industrial customers and the undersea cable called Basslink.

The intricate system comprised of over 3500 circuit kilometers of transmission lines, 49 substations and seven switching stations, a telecommunications network and a control centre.

It’s just yet other ways TasNetworks adapts to its surroundings.

Retailers can recover a portion of excess bad debt by temporarily increasing prices from April 2022, according to an Ofwat statement.

The regulator confirmed its view that levels of bad debt costs across the business retail market are exceeding 2% of non-household revenue, thereby allowing "a temporary increase" in the maximum prices. Adjustments to price caps will apply for a minimum of two years to reduce the step changes in price that customers might experience.

Measures introduced since March 2020 to contain the spread of Covid-19 could lead to retailers facing higher levels of customer bad debt. Retailers’ abilities to respond to this are expected to be constrained by Ofwat strengthening protections for non-household customers during Covid-19 and the presence of price caps.

Georgina Mills, Business Retail Market Director at Ofwat said: “These decisions aim to protect the interests of non-household customers in the short and longer term, including from the risk of systemic Retailer failure as the business retail market continues to feel the impacts of COVID-19. By implementing market-wide adjustments to price caps, we aim to minimise any additional costs for customers in the shorter term by promoting efficiency and supporting competition.”

There are also three areas where Ofwat has not reached definitive conclusions and is seeking further evidence and views from stakeholders:

Further consultation on the proposed adjustments to REC price caps can be expected by December.

"While it’s great that regulators are helping the industry deal with bad debt in the wake of the pandemic, raising prices only treats the symptoms. Instead, water companies should head upstream, using customer data to identify and rectify the causes of bad debt, stop it at source and help prevent it from occurring in the first place," she said.

"While recouping costs is a must, water companies shouldn’t just rely on the regulator. Data can help companies segment customers, identify and assist customers that are struggling financially, avoiding penalising the entire customer in tackling the cause of the issue."

The Hallbank project, near Kendal, was completed within a tight eight-day deadline, in a storm and during the second COVID lockdown last November – and with three hours to spare. Principal construction manager John Dawson said the project helped boost the resilience of water supplies across the North West.

“I think what made us stand out was the scale, the use of future technology and the fact that we were really just one team, working collaboratively for a common goal," he said.

Camus Energy, which provides advanced grid management technology, has secured $16 million in a Series A round, led by Park West Asset Management and joined by Congruent Ventures, Wave Capital and other investors, including an investor-owned utility. Camus will leverage the operating capital to expand its grid management software platform to meet growing demand from utilities across North America.

As local utilities look to save money and increase their use of clean energy by tapping into low-cost and low-carbon local resources, Camus' grid management platform provides connectivity between the utility's operations team, its grid-connected equipment and customer devices.