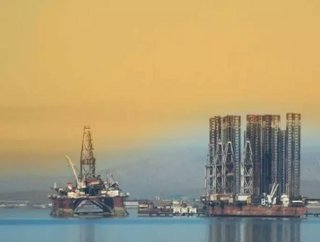 A decline in production among Malaysias shallow-water reserves has prompted the country to shift its focus towards new development opportunities in dee...

A decline in production among Malaysia’s shallow-water reserves has prompted the country to shift its focus towards new development opportunities in deepwater areas and marginal fields. However, incentives designed to attract investors have only recently been introduced, indicating that further fiscal changes are unlikely to come soon, according to research and consulting firm GlobalData.

The company’s latest report states that as most of Malaysia’s oil production has historically come from shallow-water areas, the government has been pushed to introduce a number of tax incentives this year to help improve the attractiveness of the country’s fiscal terms and promote further development activity.

Under Production Sharing Contracts (PSCs), marginal fields – defined by reserves of up to 30 million barrels of oil, or 500 billion cubic feet of natural gas – are subject only to petroleum income tax at a rate of 25 percent instead of the usual rate of 35 percent.

Meanwhile, under Risk Service Contracts (RSCs), which are also offered for marginal fields, contractors only pay a corporate income tax of 25 percent, rather than the petroleum income tax.

GlobalData believes that the additional investment allowance introduced by recent legislation should prove to be a significant improvement to Malaysia’s fiscal regime.

“Numerous measures have been involved in the government’s drive to increase production from its marginal fields,”says Jonathan Lacouture, GlobalData’s lead analyst for the Asia-Pacific region. “Since the introduction of RSCs in 2011, there have been two forms of contract into which investors may enter, and this, combined with reductions in the tax liability afforded to marginal fields under 2013 legislation for PSCs, should increase the attractiveness of investment opportunities.”

However, due to these recent changes to Malaysia’s fiscal terms, it is expected that any further alterations will be unlikely over the next few years.

“If the terms do not achieve their desired investment amounts in the medium to long term, the government may decide to make additional changes, but this will depend on short to medium-term results. It is most probable that terms will remain stable until the effects of these recent policies can be assessed,” Lacouture says.