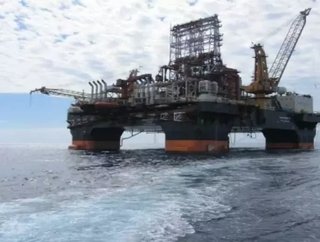 Anxiety and protests are mounting as Scarabeo-9, an Italian-owned rig currently leased to Spanish oil company Repsol, moves forward with plans for exploratory drilling in Cuban waters just 100 km off the coast of the Florida Keys.

A deep water spill in the area – complicated by sea currents that can swiftly spread oil – could result in even more damage than BP’s Deepwater Horizon disaster in 2010 which dumped millions of barrels of oil into the Gulf of Mexico and continues to have dire ecological and economic effects on the surrounding region.

The long-standing trade embargo against Cuba would hinder the ability of U.S. companies and government agencies to respond to an environmental disaster related to the drilling. Response efforts in American waters would be led by the 7th Coast Guard District in Miami and Clean Caribbean & Americas, a private responder based out of Broward County and made up of members including most of the major local oil companies.

Unlike the majority of U.S. companies barred from doing business with the communist country, the cooperative has a license from the U.S Office of Foreign Assets Control which would allow them to be foremost responders to a Cuban oil spill and quickly move to counteract consequences to nearby habitats.

The cooperative had the foresight to obtain the license in 2003 when Repsol initially began drilling in the area. At that time “commercially viable” oil was not found but the Spanish company recently returned to a nearby location with Norwegian and Indian partners to pursue drilling opportunities.

If predictions of billions of barrels of oil in the offshore fields are correct, the discovery could successfully strengthen Cuba’s shaky economy and transform the country into a competitive oil exporter.

“They are betting big money on this. When a company of Repsol’s caliber goes through the expense of having a rig tailor-made to bypass the embargo, it tells me the probability of a successful find is very high,’’ Jorge Piñon, an oil consultant and Florida International University visiting research fellow, told the Bellingham Herald.

Repsol has created a Cuban contingency response plan and although the U.S. has no regulatory control over the drilling, Scarabeo-9 has been inspected. The Coast Guard and Interior’s Bureau of Safety and Environmental Enforcement said the rig “generally complies with existing international and U.S. Standards.”