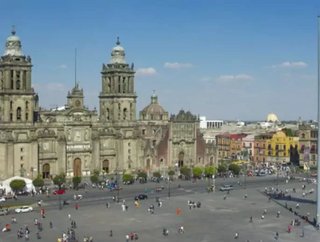 The Greater Houston Partnership led a delegation of top U.S. business leaders to Mexico City on this week to discuss commerce and investment opportunities. The visit follows a resolution for energy reform implemented by the GHP that advocates a balanced approach to energy conservation, economic growth, and job creation on a global scale.

Read more about the energy industry:

The delegation met with PEMEX and several high-level government officials. This was the first time a Houston business delegation has traveled to Mexico to meet with officials under President Enrique Pena Nieto's administration.

“The energy sector plays a critical role in the well-being of the world economy,” said Ambassador Aguirre, who is a member of the GHP Board of Directors and serves as the chairman of the Partnership's International Investment and Trade Committee. “It is vital that Houston continue to build strong partnerships with strategic global markets, such as Mexico.

“Mexico and Houston have consistently shared interests in balancing energy demands with sound environmental objectives, economic growth and job creation,” Aguirre said. “Partnerships across nations will secure the future of energy in Houston and ensure the continued prosperity of the world economy.”

Houston, the fourth largest city in America, is known as the "Energy Capital of the World" because of its large concentration of oil, gas, and renewable energy companies.