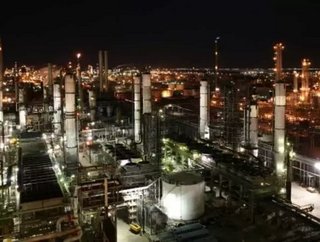 A power outage that swept across Texas City, Texas (USA) has slowed operations in three major U.S. oil refineries. The result of the disruption in pro...

A power outage that swept across Texas City, Texas (USA) has slowed operations in three major U.S. oil refineries. The result of the disruption in production at the three refineries—which process more than 800,000 barrels of oil per day—has caused oil futures to gain 1.5 percent. This is the highest spike on record since July 2008.

“The power outage in Texas City affects over 4 percent of the refining capacity in the nation,” said Andy Lipow, president of Lipow Oil Associates LLC in Houston. “We will lose gasoline production over the next couple of days as inventories have already been steadily falling since the middle of February.”

BP, Marathon Oil and Valero Energy Corp. refineries were shut down amidst the power outage. However, sources report that Valero has already restarted production at its refinery.

How does this translate at the pump? Well, gasoline prices rose 0.6 cents during the power outage. This may not seem like much, but as prices have steadily been rising, it is becoming clearer just how fragile the complicated oil network actually is. A lot of fingers have been placing blame on speculators lately for higher oil prices, but infrastructure plays just as crucial a role, especially refineries. Let us not forget that several of Japan’s refineries were destroyed in the earthquake and tsunami, which had a dramatic effect on oil prices.

The oil game is a lot like taking an economics class in Las Vegas. You have your supply and demand—and the distribution networks that support them both—and then you have speculators gambling the odds of the market. If any part of that system comes into conflict, then the entirety is affected. A handful of refineries halting production for a few days is just one example.