Ticking Time Bomb: Unexploded Munition at the Bottom of the Gulf 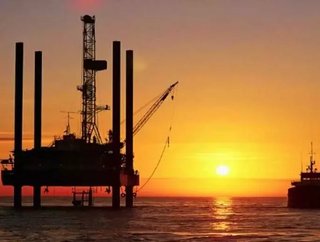 Click here to experience this article in our digital reader While offshore drillers in the Gulf of Mexico continue to feel the pains from BP&#39;s Dee...

While offshore drillers in the Gulf of Mexico continue to feel the pains from BP's Deepwater Horizon oil spill two years ago, another important risk factor is bubbling up to the surface. Millions of pounds of unexploded bombs and other military ordnance, discarded by the US government after World War II pose a significant risk to the Gulf's shipping lanes and its 4,000 oil and gas rigs.

The practice of dumping munitions and chemical weapons in oceans was no secret from 1947 until it was banned in the 1970s by US law and international treaty. Millions of pounds of bombs are now scattered all over the Gulf of Mexico and off the coasts of at least 16 states, from New Jersey to San Francisco and Hawaii, according to professors of oceanography at Texas A&M University William Bryant and Neil Slowey.

"This has been well known for decades by many people in marine science and oceanography," Bryant said in a statement. "This subject has been very well documented through the years. My first thought when I saw the news reports of the Deepwater Horizon explosion in the Gulf two years ago were, 'Oh my gosh, I wonder if some of the bombs down there are to blame.'”

Bryant estimates that at least 31 million pounds of bombs were dumped, from land mines to the standard military bombs and several types of chemical weapons.

“Our military also dumped bombs offshore that they got from Nazi Germany right after World War II,” he said. “No one seems to know where all of them are and what condition they are in today."

The International Dialogue on Underwater Munitions (IDUM) is collaborating with international leaders and organizations to better understand the impact on both human health and the environment as that ordnance continues to decay in waters around the globe. Between 1918 and 1970, the US alone dumped chemical weapon agents worldwide on at least 74 known occasions, according to the IDUM. While some operations were carefully undertaken, including the keeping of detailed records, others were done haphazardly with no or minimal accounts of the disposal locations, quantities disposed or their depth.

Thus far, 127 locations where either human exposure to or disposal of chemical weapon agents and/or ammunitions has occurred have been located by staff at the James Martin Center for Nonproliferation Studies (CNS). Researchers insist that there are countless other sites requiring attention today.

Bryant and Slowey have come across bombs at the bottom of the ocean floor numerous times while conducting research projects in the Gulf—some in areas cleared for oil and gas platform installations.

The oil industry is no stranger to them either, having to remove unexploded bombs to make room for pipelines on a number of occasions. Just last year, BP closed down its Forties crude pipeline in the North Sea for five days until a 13-foot German mine was removed nearby. A plan to remove the bomb and safely detonate it took several months. In 2001, BP and Shell discovered wreckage of an underwater submarine, 45 miles from the mouth of the Mississippi River during an underwater survey needed to transport natural gas to shore.

Whether the munition poses an environmental risk is unknown, much like the total amount or particular locations of where most of it has been dumped over a series of decades. But with the increased traffic in today's Gulf, there is a real need to find out.

"The bottom line is that these bombs are a threat today and no one knows how to deal with the situation," Bryant says. "If chemical agents are leaking from some of them, that's a real problem. If many of them are still capable of exploding, that's another big problem."

There are around 4,000 energy rigs, hosting an estimated 30,000 workers at any given moment, in addition to commercial fishing and other activities that take place on the massive marine highway.

Technological advances in the oil and gas industry continue to push exploration deeper into the waters of the Gulf as the industry picks up the pace of drilling after BP's deadly Macondo well blowout in 2010. And while the designated dumping of bombs and chemical weapons in the ocean ended 40 years ago, some of the effects are just beginning to be seen.

The BOEM, a regulator of offshore drilling in federal waters, requires underwater surveys to assess and manage the numerous natural manmade haphazards. Sonar data from routine seabed surveys has revealed munitions near proposed projects in the past, and it remains murky whether oil companies are doing enough to mitigate the risks involved. Attempts to seek comment from the US Army, BOEM and various companies with wells or pipelines in the Gulf have not been returned.