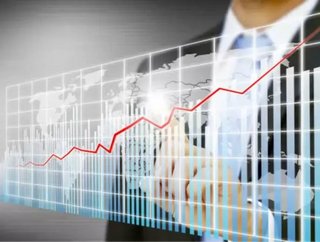 Global climate framework uncertainty, while still is a key uncertainty, is now perceived by energy leaders to have less impact than in the previous three years of the study. Meanwhile, carbon capture, utilization and storage (CCUS) continues to be viewed as a technology with only a limited impact on the energy sector, continuing the clear trend over the past three years.

“The fact that both climate framework and CCUS are perceived to be issues of less impact is bad news not only in terms of emissions mitigation, but also for the development of robust and resilient energy infrastructure,” said Christoph Frei, WEC secretary general, at the launch of the report at the Africa Energy Indaba.

“Our energy systems are in a state of massive expansion and transition, and the signals we see today provide clear evidence of the urgent need for more robust, coherent, long-term frameworks within which to plan and implement future investment.”

Energy price volatility goes beyond merely oil and gas prices and their regional differentials. It is also being influenced by the coal-to-gas substitution in the U.S.; the increasing use of coal in Europe, which has driven up emissions; the collapse of solar module prices; and Australia re-directing its interest from North America to Asia while North American infrastructure companies are signing more deals with Asian customers.

The WEC study further finds that energy leaders are increasingly concerned about the sector’s ability to access the capital markets for funds towards energy infrastructure, when set against a continued recessionary backdrop.

Meanwhile, renewable energy and energy efficiency continue to keep energy leaders busy, with growth shifting from Europe and North America to the Middle East where demand is rapidly rising. Large hydropower is back on the agenda with significant unrealized potential in central Africa, Latin America, Russia, and Canada.

The 2014 World Energy Issues Monitor is the culmination of a six-month study capturing the views of over 800 energy leaders including ministers, chief executives and the heads of the WEC’s national members committees covering 84 countries. The report, which highlights strong regional variations, looks at the global energy agenda and analyses the trends and outlook in six world regions plus 24 countries.

In Africa, the top critical uncertainties are climate framework, high energy prices, and commodity prices.  As a change from last year, national governments and regional institutions are taking actions in energy efficiency and regional interconnection, while investment cooperation with China and India is viewed with increasing importance.

The study finds that in addition to energy prices, the top regional critical uncertainties are:

The report highlights 37 issues and their perceived impact, uncertainty, and urgency for global energy leaders and experts.