Top Woman in Oil to Head Petrobras as CEO 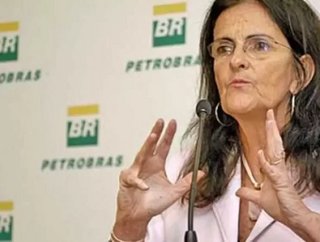 Petrobras CEO Jose Sergio Gabrielli yesterday announced a decision to resign and hand his title over to the first woman to run one of the world&#39;s...

Petrobras CEO Jose Sergio Gabrielli yesterday announced a decision to resign and hand his title over to the first woman to run one of the world's top five oil companies, Maria das Gracas Foster. She will take over the industry's largest investment plan of a $225 billion proposal to more than double the company's output by the end of the decade, while Gabrielli pursues a career in politics.

Petrobras developed the world's first system for deepwater subsea separation of heavy oil and water. Foster will now oversee the task of drilling as deep as 6 kilometers beneath the Atlantic Ocean in an environment of more regulatory scrutiny after 2010's Gulf of Mexico oil spill. She will also take over the development of Petrobras's Lula offshore oil discovery, the biggest find in the Western Hemisphere in over three decades.

Foster has been with the company since 1978, having worked in management positions in each of the company's divisions throughout her career. Under Foster's efforts to expand sales, profit of the company's gas and power business more than doubled in the first nine months of the year.

“The market seems relieved that Petrobras has not been subject to political whims, but rather has chosen a career employee with technical skill to be CEO,” Christopher Palmer, who helps manage $2.5 billion of assets as London-based director of global emerging markets for Henderson Global Investors Ltd., told Bloomberg. “This indicates that execution of projects is now a top priority.”

Foster's nomination will be officially voted on by Petrobras's board on February 9th. Increasing female participation in Brazil's government has been an important recent driver of President Dilma Rousseff's agenda. Foster formerly worked for Rousseff when she was energy secretary for the state of Rio Grande do Sul.