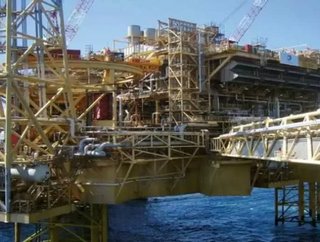 Signs of trouble appear where a natural gas leak that began five days ago remains unchanged at Total's Elgin platform off Scotland's east cost. A two-mile exclusion zone has been set up in addition to the evacuation of 238 workers for safety reasons.

After irregular pressure on the plug on the well was observed in February, the company responded within days to regulate the well.

"On March 25 we observed a sudden pressure increase followed by an escape of mud and gas,” Total's UK Managing Director Philippe Guys told a news conference in Aberdeen.

Some possible approaches could include drilling a relief well or using heavy mud to block the well. Though the use of mud is much more dangerous, drilling a relief well would take about six months and would require precise boring measures. The company has yet to announce a decision on how it will attack the problem. Letting the leak run itself dry would take six months and cost a few billion dollars.

Natural Gas: Reshaping Energy in the US

Democrats Push for Ban on US Oil Exports

Total is also still deciding on how to extinguish a fire near the gas leak, which some fear is an explosion waiting to happen. The company has assured the government, however, that the flare is positioned so the prevailing wind will blow the gas release away from the platform.

Whether or not the rig will be shutdown permanently will depend on the outcome of the incident and identifying improvements in safety, according to the UK Energy Minister Charles Hendry.