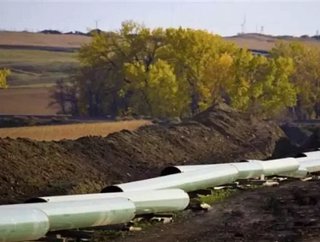 TransCanada expects to invest approximately US$1 billion in the Topolobampo Pipeline project, which is supported by a 25-year natural gas transportation service contract with the CFE. The 30-inch diameter pipeline will be approximately 530 kilometres (329 miles) long and have contracted capacity of 670 million cubic feet per day.  It is anticipated the project will be in-service in the third quarter of 2016.

“Mexico’s government is engaged in a comprehensive plan to expand the nation’s electrical grid and generating capacity, and much of that generation will be natural gas-fired,” said Russ Girling, TransCanada’s president and chief executive officer.  “This award is another example of TransCanada’s commitment to help develop Mexico’s energy infrastructure in a sustainable and cost-efficient manner.”

Keystone Oil Pipeline: Why There Shouldn't be an XL

“This project is a response to a CFE invitation to bid. As Mexico makes the transition from fuel oil to cleaner-burning natural gas, there will be additional opportunities for TransCanada,” Girling said. “These opportunities are consistent with our strategy to build long life infrastructure, underpinned with long-term contracts.”

Girling said TransCanada has welcomed the opportunity to bid on a number of CFE pipeline proposals through a transparent, fair and comprehensive process. TransCanada has already built and is operating the Guadalajara and Tamazunchale pipelines and will soon break ground on a Tamazunchale Pipeline Extension.