TransCanada to Proceed with Pipeline to East Coast 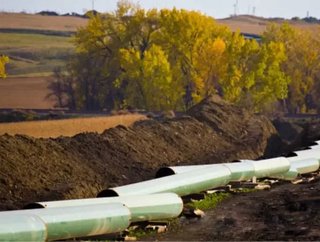 At a news conference on Thursday, Aug. 1, in Calgary, Alberta, TransCanada Corp. announced it will move onward with its 1.1 million barrel per day Ener...

At a news conference on Thursday, Aug. 1, in Calgary, Alberta, TransCanada Corp. announced it will move onward with its 1.1 million barrel per day Energy East Pipeline project.

The project, which will cover 1,864 miles with 42-inch natural gas pipeline, is expected to cost about $12 billion, excluding the transfer value of Canadian Mainline natural gas assets. The pipeline is scheduled to be in service by late 2017 for deliveries to Québec and open in 2018 for deliveries to New Brunswick.

“We are very pleased with the outcome of the open season for the Energy East Pipeline held earlier this year and are excited to move forward with a major project that will bring many benefits across Canada,” said Russ Girling, TransCanada's president and chief executive officer. “This is an historic opportunity to connect the oil resources of western Canada to the consumers of eastern Canada.”

This pipeline would be in addition to the proposed $5.3 billion Keystone XL pipeline from Alberta’s oil sands to the Gulf Coast, which is pending approval from the U.S. government.

"Energy East is one solution for transporting crude oil but the industry also requires additional pipelines such as Keystone XL to transport growing supplies of Canadian and U.S. crude oil to existing North American markets," added Girling. "Both pipelines are required to meet the need for safe and reliable pipeline infrastructure and are underpinned with binding, long-term agreements."

The company intends to proceed with the necessary regulatory applications for approvals to construct and operate the pipeline project and terminal facilities in early 2014.

For more information about the project, visit www.energyeastpipeline.com.

The pipeline will transport crude oil from receipt points in Alberta and Saskatchewan to delivery points in Montréal, the Québec City region and Saint John, New Brunswick, giving producer access to Eastern Canadian and international markets. The pipeline will terminate at Canaport in Saint John, New Brunswick where TransCanada and Irving Oil have formed a joint venture to build, own and operate a new deep water marine terminal.