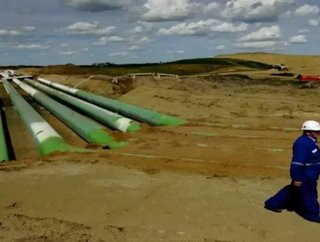 TransCanada Corp announced Wednesday that a new line to carry oil sands crude to Canada's Atlantic coast could also serve markets in Europe and the US Eastern Seaboard.

The company's largest pipeline operator is considering building a line to move crude to refineries in Eastern Canada that are currently relying on expensive foreign imports. The model is similar to the first phase of the proposed Keystone XL pipeline.

Its competitors, Enbridge Inc and Kinder Morgan Energy Partners, are also proposing new pipelines to carry surging production from oil sands and the Bakken oil field to new markets. By 2021, oil sands output is forecast to rise from 2 million bpd to 3.7 million bpd. Oil from the Bakken and Three Forks shale in North Dakota is predicted to double from its current 545,000 bpd level over the next 20 years.

"If you can get ultimately to New Brunswick and load large-sized vessels you can go to the Gulf Coast relatively economically and you can access Europe relatively economically," Russ Girling, TransCanada's chief executive, told investors at a Toronto conference sponsored by BMO Capital Markets. "I'd say there is a fair bit of market pull."

TransCanada's line could potentially serve high volume refineries and ship oil sands crude profitably to Atlantic Basin refineries for the first time. The company has not revealed the details but Girling said that converting one of its under-used gas lines is technically and economically feasible.