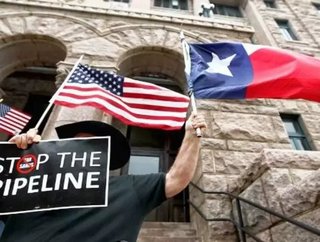 TransCanada has been granted rights to take over land owned by a Texas farmer to build its controversial Keystone XL pipeline, carrying oil to Texas r...

TransCanada has been granted rights to take over land owned by a Texas farmer to build its controversial Keystone XL pipeline, carrying oil to Texas refineries from Canada.

Julia Crawford, the owner of the pasture, plans to appeal the ruling. “We may have lost this one battle here in Paris, Texas, but we are far from done,” she said in a statement. “I will continue to proudly stand up for my own personal rights, the property rights of my family, and those of other Texans fighting to protect their land.”

With the disregard to private land ownership, the case has rallied activists from all sides, from conservative rural landowners and Tea Party organizations to environmental groups. But the court upheld the company's status as a common carrier, which gives it the right to seize property in Texas.

Crawford and her supporters assert that TransCanada attainted its authority without filling out the proper paperwork, failing to meet the legal definition of a “common carrier.”

In an emailed statement to the media, she said she was “disturbed that a foreign corporation like TransCanada is allowed to hide behind the skirt of the Texas Railroad Commission and its Common Carrier rubber stamp.”

TransCanada's spokesman Grady Semmons, however, said the ruling reaffirmed that the company continues to “follow all state and federal laws and regulations as we move forward with the construction of the Gulf Coast Project.”

In the past, Crawford has been successful in getting two other pipeline companies to alter their routes, but claims that TransCanada has been unresponsive. The company has offered her $21,600 to cross her property, up from its original offer of $5,000.

Crawford's farm has been in her family for 64 years and is host to several burial vaults sacred to Caddo First Nations.