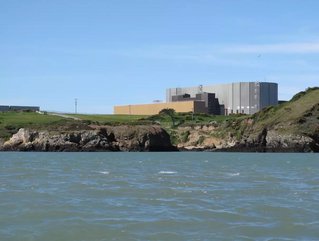 Reports of a new nuclear plant on Anglesey could see the UK getting "dangerously distracted" from its renewable targets.

That is the warning from David Flood, Statkraft’s UK country manager, who said renewable energy methods should be prioritised over nuclear power.

"While we recognise a blend of solutions will be necessary to remove our reliance on fossil fuels, we cannot sit around for a decade waiting for nuclear to come online," he said.

"We are facing a crisis right now, most renewable projects such as wind and solar can be up and running within 18 months of approval, delivering reliable energy to the country. While nuclear could be part of the solution in the long term, pinning all our hopes on projects that take over a decade to implement, and cost nearly double the amount per megawatt hour, will see us getting dangerously distracted.

"Time is of the essence, so ministers have to be smart about investing in projects that are proven to work, hit budget and be in action quickly - solar and wind technology ticks all the boxes."

The UK is in discussions with American nuclear reactor manufacturer Westinghouse to build a new plant at Wylfa, which ceased generating electricity in 2015, reports The Times. It could power six million homes, but wouldn't be operational until the mid-2030s.

Hitachi announced in September they were pulling out of funding the £16bn nuclear development on Anglesey and while investment vehicle Horizon Nuclear Power remained in business as the planning process for Wylfa continued and they tried to secure new investors, the curtain came down at the end of last week.

Horizon Nuclear Power Chief Executive Duncan Hawthorne believes nuclear power has a critical role to play in helping tackle our energy needs, meeting climate change targets and levelling up the economy through green growth and job creation. But whether through cost concerns or environmental risks associated with operating ageing plants, or both, many operators aren't convinced.

Toshiba pulled out of the Moorside plant at Cumbria in 2018 and Centrica scrapped plans to invest in new nuclear power back in 2013. Hinkley Point C, whose costs have risen £500 million and won't open until summer 2026, is the UK's solitary plant under construction.

If new nuclear plants could be built 20 to 40% less expensively, that could translate into 20 percent lower total system costs, writes McKinsey.

"At that price, nuclear power could supplant investment in both thermal and renewable sources of generation. We see a clear tipping point at a new-build capital cost of $4,000 to $5,000 per kilowatt compared with $6,000 to $7,000 per kilowatt today. At that price, nuclear power begins to outcompete the combination of storage and renewables otherwise needed to reach 100 percent decarbonisation."