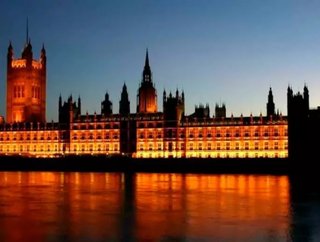 Yesterday, the United States signed onto the Extractive Industries Transparency Initiative (EITI), making it the second G8 country, alongside Norway...

Yesterday, the United States signed onto the Extractive Industries Transparency Initiative (EITI), making it the second G8 country, alongside Norway, to join.  U.S. President Barack Obama says the initiative will ensure that "taxpayers receive every dollar they are due from the extraction of natural resources."  Over 35 countries have signed on to the agreement, mainly from developing nations, in an attempt to thwart corruption in the sectors of mining and oil and gas extraction.  However, the U.K. has a different outlook on the international agreement, and is refusing to sign.

The agreement’s general goals are to see government’s disclosing all payments received from oil, gas and mining companies.  The companies themselves will also be required to disclose payments made to the government.  It is essentially a system of accountability to ensure that money intended for the public sector actually ends up there.

A UK spokesman has released a statement, saying, “The U.K. is already a strong international supporter of the EITI and transparency in the extractives sector. “We do not feel it is appropriate for the U.K. to implement the EITI. The U.K. is not defined as a ‘resource rich’ country by the International Monetary Fund."

Unfortunately for the U.K., the argument doesn’t hold water.  Several signatories to the EITI, such as Madagascar, Niger and Tanzania, are also not considered resource rich countries, yet signed anyway.  While the U.K. itself may not hold vast resources in its ground, its companies, like British Petroleum, operate worldwide.  In fact, the U.K. is the European Union’s largest oil producer and second largest natural gas producer.