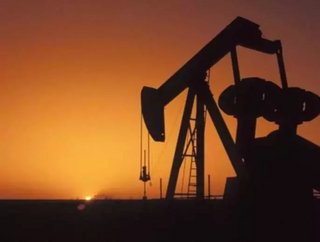 Oil is a very popular commodity due to its high consumption levels and versatility. According to the International Energy Agency, close to 90 million barrels are used globally every day. This makes it the most widely traded commodity, both physically and financially, around the world. 1

However, high consumption and versatility aren’t the only things for which oil is well known. Mention the oil markets, and it’s a good bet that volatility and its cousin's instability and unpredictability are among the first things that come to mind for many people.

Supply disruptions due to geo-political issues have become relatively frequent events, causing significant price spikes as the delicate supply-demand balance is thrown off kilter. Issues in the Middle East in particular have a large influence on oil prices because of the region’s massive reserves. Political issues in other important supply regions, such as Latin America and Russia, are creating additional market uncertainty as well.

It is an understatement to say that the uncertainty and volatility caused by geopolitical issues make for a very risky market, and renders any kind of business planning a complex and seemingly insurmountable task for oil market participants.

Shale oil has enormous potential, with U.S. reserves alone totaling an astounding 1.5 trillion barrels of oil –more than five times the stated reserves of Saudi Arabia.2 However, they currently remain largely untouched, because extracting oil from shale is expensive and complex. That is, for now.

New technologies are being developed that could potentially revolutionize shale oil production by making it cheaper and easier to extract. Should one or more of these technologies become commercially viable, shale oil would become an abundant fuel source. However, there is much debate in the industry about if and when feasible extraction technologies will come to fruition. The testing required to explore and perfect these technologies is extremely expensive, making it an endeavor largely limited to companies with exceptionally deep pockets.

These technical uncertainties further exacerbate the murkiness surrounding the world’s future oil supply, and underscore the importance of having access to advanced analytics that enable accurate and informed decisions.

While geopolitical developments and technical uncertainties create significant doubt as to the levels of future crude supply, forecasting market demand is no less challenging. All major centers of consumption have been affected to some degree by the global economic slowdown. While overall consumption continues to grow, according to the IEA, the rate of growth in global crude demand fell from an annualized growth rate of 3.2 percent in 2010 to 0.9 percent in 2012. But the future of oil consumption is not relegated to the picture of gloom and doom painted by these numbers. There are signs that the economy is starting to turn around. According to the International Monetary Fund, global economic conditions improved modestly in the third quarter of 2012, primarily due to increased activity in emerging market economies and the U.S., and economic growth is projected to rise throughout 2013.

Despite the global downturn, trading in physical crude and derivative instruments has been robust over the past few years. The oil futures market trades more than one billion barrels of oil each day. The entire world produces only around 85 million a barrels a day – meaning that more than 90 percent of trading involves speculators, who never actually take physical possession of oil. 3 These speculators enter and exit the market quickly, basing trading decisions solely on price momentum and recent volatility.

There is no absolute evidence to show that this activity has a sustained and quantifiable effect on the market, but many industry observers believe that volatility is being exacerbated through high-volume trading by speculators (the “speculators effect”) – particularly during periods with a high level of market uncertainty.

Solutions for an Unstable Market

The potential for volumetric shocks on both the supply and demand side of the crude market combined with the potential for increased volatility due to the “speculators effect” leaves companies increasingly exposed to risk. In order to effectively and efficiently manage this exposure, market participants must have sophisticated, end-to-end Commodity Management solutions that provide both the metrics required to measure exposure and the insights needed to successfully manage it. These sophisticated solutions enable crude market participants to:

Commodity Management solutions are most commonly available in traditional “local” or desktop installations; however, they are increasingly being delivered through mobile platforms and as ‘in-cloud’ solutions, giving users multiple deployment options.

The oil business was built on the reputation of mavericks and risk-takers. But in today’s climate, the risks are so much greater and the consequences of poor decision-making are far more serious. Unprecedented volatility due to a combination of geopolitical issues, changing demand, speculators, and a myriad of other factors make it exceptionally difficult to run a profitable business these days.

An inability to manage this volatility-induced risk has an overwhelmingly negative impact on the bottom line. For many businesses it will be fatal. Mitigating these risks with the use of an advanced Commodity Management solution is imperative for any firm that plans on a long-term future and takes its shareholders’ interests seriously.

To find out more, visit www.tpt.com