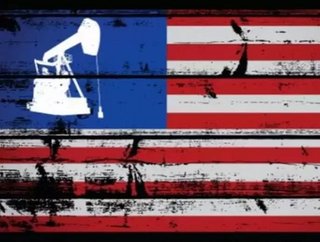 The US is set to become the world&#39;s biggest producer of oil within just five years, according to a new report from the International Energy Agency...

The US is set to become the world's biggest producer of oil within just five years, according to a new report from the International Energy Agency (IEA). The country will become a net exporter of the fuel around 2030 and nearly self-sufficient by 2035.

Today, the US imports about 20 percent of its energy needs. In a matter of years, that's set to rapidly change thanks to a recent boost in oil, shale gas and bio-energy production, improved fuel efficiencies in vehicles and an influx of clean energy technologies.

By 2015, the country's oil production is expected to hit the 10 million barrels per day mark, rising to 11.1 million bpd by 2020. By 2030, the US is set to export more oil than it brings in, becoming self-sufficient, according the IEA's World Energy Outlook.

Middle Eastern oil exports will turn to Asian markets as the global energy economy sees a massive shift. Subsidies for fossil fuels will still surpass those set for renewable energy sources, but clean energy will become the world's second-largest form of generation within a few years, threatening coal's domination by 2035.

Even so, however, the report states that “the world is still failing to put the global energy system onto a more sustainable path,” as overall global energy demand increases by more than a third by 2035. Energy production will continue to use up precious water resources and contribute to carbon dioxide emissions at a worrisome rate.