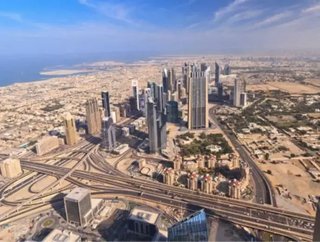 Saipem, an oil and gas engineering, procurement and construction company managing the project, selected AMETEK for the SRU project because of its extensive experience in sulfur recovery operations worldwide and the field-proven performance of its analyzers on similar projects in the region. AMETEK has fast tracked delivery of units to meet the project’s tight production schedule.

The $10-billion Shah Gas Field project, located approximately 120 miles southwest of Abu Dhabi, is scheduled for completion in late 2014. The project is among the largest green field gas development projects ever under taken and is expected to process approximately one billion cubic feet per day (bcf/d) of sour gas into 0.5 bcf/d of usable gas.

The Shah Gas Field’s extensive gas reservoirs have not been developed previously due to challenging operating conditions.  The field’s sour gas contains an average of 23 percent hydrogen sulfide and 10 percent carbon dioxide. At those concentrations, the gas is able to corrode metals, poses a hazard to plant safety and requires extensive processing.

The project includes installation of the following Western Research analyzers: 12 Model 900 Air Demand Analyzers. The Model 900 was developed specifically to meet the requirements of the latest sulfur recovery processes.

Twelve Model 931 Single-Gas Analyzers. The Model 931 is a rugged, single-component photometric gas analyzer housed in an explosion-proof package designed for a variety of gas monitoring and process control applications. Typical applications include measurement of hydrogen, H2S COS, and CS2.and other applications in the SRU-TGTU process.

Four Model 930 H2S Vapor Space Analyzers. The Model 930 was developed to accurately measure H2S vapor in pits used to store liquid sulfur. The vapor poses a potential danger to plant operation and personnel and must be carefully monitored.