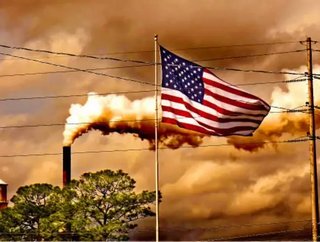 [email protected] Make sure to check out the latest issue of Energy Digital magazine The continuing surge in U.S. oil and natural gas production &nd...

The continuing surge in U.S. oil and natural gas production – primarily from unconventional resources, such as shale gas and light, tight oil, made the U.S. the oil and gas industry's largest source of growth. The U.S. looks to be a net exporter of gas within the next 2-3 years, while net oil import dependency has been sharply reduced.

The potential opening of Mexico's energy sector will present the U.S. with some investment competition and may move capital away from U.S. unconventional plays. At the same time, global gas and LNG (U.S. LNG export approvals, East African LNG development and the end of the Gazprom monopoly for Russian gas exports) also play a significant role in impacting the unconventional landscape.

“The surge of the U.S. energy market really was a game changer in a relatively short time," says Deborah Byers, the Oil & Gas Leader for Ernst & Young LLP in the U.S. "And we think those changes will continue to play out in 2014. On the oil side, given the expected capacity growth in OPEC and the continuing growth of non-OPEC output, we're probably looking at some downward pressures on oil prices. But on the gas side, we see the market coming into more balance, offering prospects for some upward pressure on gas prices."

Oil
Global oil prices drifted down over the last quarter of 2013, as the global supply/demand balance loosened, largely due to continuing strong increases in non-OPEC oil production. However, recurring security problems in Libya and Iraq limited some supplies, easing some of the pressures on OPEC, given the still relatively weak oil demand environment.

The possibility of a return on some Iranian exports as a result of the compromise late in the year, in conjunction with expected additional non-OPEC supply increases, does put some additional pressure on OPEC to maintain production discipline and possibly cut back production in 2014.

In the U.S., the massive infrastructure build-out had removed much of the price distortions that had been dominant over the last few years, but as U.S. production continued to surge, the "surplus" was simply shifted south from the Midcontinent to the Gulf Coast, aggravated by the effective ban on crude exports (minimal crude exports are allowed to Canada). As a result, some of the price distortions have returned.

“We can expect to see the distortions continue in the short-term, but we also believe that policy-makers will address the export ban in the near future,” said Marcela Donadio, the EY Americas Oil & Gas Leader.

Gas
U.S. gas producers celebrated the arrival of an early cold winter, which took gas storage levels below normal for the first time in years, and brought prices up close to $4.50 per million BTUs. U.S. gas production remains relatively high and the higher prices will incentivize further production, while at the same time, the higher gas prices have slowed the switch from coal to gas in the power sector.

Downstream
With product prices easing along with crude prices, refiner margins decreased slightly in the fourth quarter. Notional cracking margins on a NYMEX 3-2-1 basis averaged about $15 per barrel in the fourth quarter and about $23 per barrel for the year, down from an average of about $30 per barrel in 2012. While average margins were down slightly for the year across all of the refining regions, they remained very high on a historical basis and refiners took some cheer in the fact that the slump in U.S. oil demand appears to have ended.

Oilfield services
Total global rig counts remain relatively flat and generally below year-earlier levels. As they had throughout 2013, rig counts in the U.S. continue to disappoint. In contrast, international rig counts have continued to increase fairly steadily. Upstream operators are seen to becoming more cautious in their spending plans, and while spending is expected to continue to increase in 2014, the increases (5-7 percent) are expected to be less than those estimated for 2013 (8-10 percent).