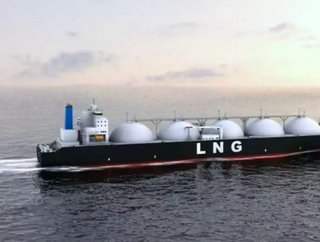 A new export facility for liquefied-natural-gas (LNG) in the US has the potential to help ease the country&#39;s current glut of natural gas as produ...

A new export facility for liquefied-natural-gas (LNG) in the US has the potential to help ease the country's current glut of natural gas as producers gain the ability to ship natural gas overseas. Natural gas prices received a boost after the announcement last week that Cheniere Energy will receive $3.4 billion in financing for the facility.

Eight banks have committed to finance the country's first LNG export facility, which will be located in Louisiana. The company is expected to be able to export 1.1 billion cubic feet a day by the end of 2015, according to a recent Wall Street Journal article.

The U.S. Energy Information Administration on Thursday reported that natural gas storage levels have increased by 33 billion cubic feet, well above the levels analysts had estimated.

Although the Energy Department approved Cheniere Energy's plans, the government has delayed the final say of similar applications from at least seven other companies. Administration officials say they are waiting on the results of a study that analyzes how allowing companies to sell natural gas overseas would affect prices at home. Those results should come out sometime this summer.

Mitigating Corporate Risk with a Real-Time View of Well Integrity

"We want analysis to drive decisions," White House energy adviser Heather Zichal said at a recent forum. The administration wants to make sure it's "protecting American consumers and making sure we're sending the right signal to industry and the manufacturing sector."

According to a report from the Energy Information Administration in January, exporting natural gas would cause prices to climb in the US, increasing consumers' electricity bills from 1 percent to 3 percent from 2015 to 2035. Industrial prices, too, would climb from 9 percent to 28 percent. Because natural gas is not a globally traded commodity, prices vary in different locations. Companies could sell natural gas to Asian and European markets, for example, for five times the price.

However, exports could cause prices to spike and energy bills to rise in the US, while putting domestic manufacturing at jeopardy. Manufacturers that use cheap and abundant natural gas to fuel their plants have already been hit hard over the last 20 years due to volatile prices.

While applications filed with the Energy Department could put the country on track to export nearly a quarter of its daily production in 2011 (16 billion cubic feet), few expect all of those proposals to win federal approval. Realistically, experts at IHS CERA say that the potential market for exports from the US and Canada is 4 billion to 5 billion cubic feet per day by 2020.