U.S. May Punish India Over Level of Iranian Oil Imports 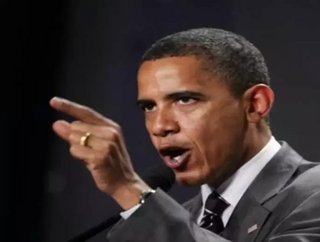 India, Iran&#39;s third largest buyer of crude oil, may experience harsh sanctions on behalf of the Obama administration if the country fails to reduc...

India, Iran's third largest buyer of crude oil, may experience harsh sanctions on behalf of the Obama administration if the country fails to reduce its purchases of Iranian oil, officials announced yesterday.

“Given the level of trade, and in particular oil, between Iran and India, targeting an Indian entity that facilitates Iran’s access to the international financial market should be top of mind for the U.S. Treasury,” Avi Jorisch, a former Treasury Department official who is now a Washington-based consultant on deterring illicit finance, said in an interview with Bloomberg.

If India does not follow the U.S. law, Obama may bar access to America's banking system for any bank in India processing oil payment through Iran's central bank, U.S. officials announced.

Despite its excellent record of enforcing United Nations sanctions on Iran, India has avoided the unilateral U.S. sanctions in light of the country's overbearing energy needs. It is unclear how much India would need to reduce its oil imports from Iran in order to become exempt from the sanctions, but the U.S. has offered the country assistance in brokering deals with alternative suppliers to avoid any shortfall.

According to the latest data from the International Energy Agency, India and South Korea sharply increased Iranian oil purchases in January, while China halved its imports in the same month.

Although imports have not been reduced as of yet, some Indian officials have reported that planned reductions wouldn't happen until the end of March when new annual contracts begin.

Faced with an EU embargo on Iranian oil imports, Iran has offered India additional supplies under certain terms. Should India fail to reduce its imports significantly and soon, a decision to impose penalties could come as early as last June.