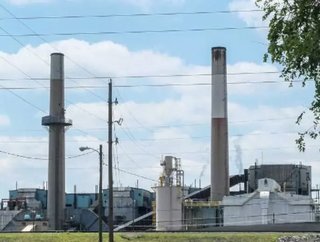 [email protected] Make sure to check out the latest issue of Energy Digital magazine Power plants that use natural gas and a new technology to squee...

Power plants that use natural gas and a new technology to squeeze more energy from the fuel release far less of the greenhouse gas carbon dioxide than coal-fired power plants do, according to a new analysis accepted for publication Jan. 8 in the journal Earth’s Future, a journal of the American Geophysical Union. The so-called “combined cycle” natural gas power plants also release significantly less nitrogen oxides and sulfur dioxide, which can worsen air quality.

“Since more and more of our electricity is coming from these cleaner power plants, emissions from the power sector are lower by 20, 30, even 40 percent for some gases, since 1997,” said lead author Joost de Gouw, an atmospheric scientist with NOAA’s Cooperative Institute for Research in Environmental Sciences (CIRES) at the University of Colorado Boulder.

De Gouw, who works at NOAA’s Earth System Research Laboratory (ESRL), and his NOAA and CIRES colleagues analyzed data from systems that continuously monitor emissions at power plant stacks around the country. Previous aircraft-based studies have shown these stack measurements are accurate for carbon dioxide CO2 and for nitrogen oxides and sulfur dioxide. Nitrogen oxides and sulfur dioxide can react in the atmosphere to form tiny particles and ozone, which can cause respiratory disease.

To compare pollutant emissions from different types of power plants, the scientists calculated emissions per unit of energy produced, for all data available between 1997 and 2012. During that period of time, on average:

In combined cycle natural gas plants, operators use two heat engines in tandem to convert a higher fraction of heat into electrical energy. For context, U.S. households consumed 11,280 kilowatt hours of energy, on average, in 2011, according to the U.S. Energy Information Agency. This amounts to 11.4 metric tons per year of CO2 per household, if all of that electricity were generated by a coal power plant, or 5.4 metric tons if it all came from a natural gas power plant with combined cycle technology.

The researchers reported that between 1997 and 2012, the fraction of electric energy in the United States produced from coal gradually decreased from 83 percent to 59, and the fraction of energy from combined cycle natural gas plants rose from none to 34 percent.

That shift in the energy industry meant that power plants, overall, sent 23 percent less CO2 into the atmosphere last year than they would have, had coal been providing about the same fraction of electric power as in 1997, de Gouw said. The switch led to even greater reductions in the power sector’s emissions of nitrogen oxides and sulfur dioxide, which dropped by 40 percent and 44 percent, respectively.

The new findings are consistent with recent reports from the Energy Information Agency that substituting natural gas for coal in power generation helped lower power-related carbon dioxide emissions in 2012.

The authors noted that the new analysis is limited to pollutants emitted during energy production and measured at stacks. The paper did not address levels of greenhouse gases and other pollutants that leak into the atmosphere during fuel extraction, for example. To investigate the total atmospheric consequences of shifting energy use, scientists need to continue collecting data from all aspects of energy exploration, production and use, the authors concluded.

Authors of the new paper, “Reduced Emissions of CO2, NOx and SO2 from U.S. Power Plants Due to the Switch from Coal to Natural Gas with Combined Cycle Technology,” are Joost de Gouw (CIRES), David Parrish (NOAA ESRL), Greg Frost (CIRES) and Michael Trainer (NOAA).

CIRES is a joint institute of the National Oceanic and Atmospheric Administration (NOAA) and the University of Colorado Boulder.

Photo by Will von Dauster, NOAA