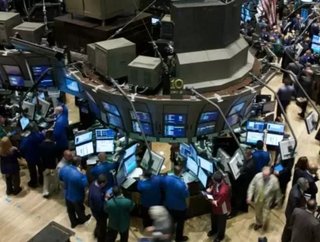 The economic calamity that has arisen from United States lawmakers decision to raise the debt ceiling has seen Wall Street tumble. However, those feeli...

The economic calamity that has arisen from United States lawmakers’ decision to raise the debt ceiling has seen Wall Street tumble.  However, those feeling pressure at the gas pump from what seems like ever-rising prices may be happy to learn that crude oil price has hit its lowest point for 2011.  Standard & Poor’s (S&P) downgrading of the U.S. credit rating from AAA to AA+ is the main factor responsible for the sharp reduction in crude price according to analysts.

What has occurred here is that traders have exited money and oil stocks, since historically they tend to do poorly during times of economic uncertainty.  Those funds were then invested in safer places, such as Treasuries and gold.  In fact, gold hit an all-time high of $1,700 an ounce amidst a 5 percent drop in stocks overall.

Friday marked the announcement of the United States’ downgraded credit rating, but trading had closed prior to the announcement.  Traders had plenty of time to mull over their thoughts on how best to react come opening bell on Monday.  This is ultimately why there was such a crash in the stock market, dropping over 500 points on Monday.

In total, crude oil price has dropped roughly $16 per barrel in the past two weeks.  For gasoline, futures have fallen between 35 and 40 cents in that same time.  This should save drivers between $140 million and $160 million a day according to Cameron Hanover energy consultants.  The U.S. national average for gasoline settled at $3.663 a gallon Monday, 4.2 cents lower than last week, but still 88.7 cents higher than just one year ago when the average price per barrel of crude oil was $71.63.