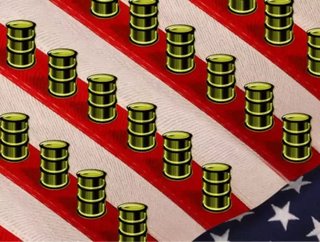 [email protected] The Obama Administration&#39;s support for increased domestic oil and gas production does not conflict with its goals of addressin...

The Obama Administration's support for increased domestic oil and gas production does not conflict with its goals of addressing climate change and lowering greenhouse gases, according to U.S. Energy Secretary Dr. Ernest Moniz.

“We remain committed, even as we produce much more oil, to lessening our oil dependence, using less oil domestically and having fewer emissions,” Moniz said.

The Secretary made his remarks before an audience of more than a hundred energy executives, government officials and other industry representatives in a keynote address at the 2013 Platts Global Energy Outlook Forum Thursday in New York City, which annually convenes industry experts to detail and debate the challenges, opportunities and special issues facing the world's energy companies and policymakers.

The U.S. remains a major importer of crude oil, Moniz said, and the Obama Administration is taking aim at reducing those imports through efficiency measures and investments in alternative fuels and vehicle electrification.

Titled “Bridging the U.S. Boom: Global Markets Prepare," this year's forum focused on the continuing ripple effects of the U.S. shale revolution, which Moniz said once again cast the nation as an "energy powerhouse.”

“What we are seeing now is that some new technologies – without government subsidies – are getting mature enough to make it into the mainstream,” said Wal van Lierop, president and CEO, Chrysalix Energy Venture Capital. “We will continue to see more of this in years to come.”

With the U.S. awash in domestically produced oil, it may be time for the U.S. to review its ban on exports of crude, but the Department of Energy has no immediate plans to change the composition of or to sell off any part of the Strategic Petroleum Reserve, said Moniz, at a post-forum media briefing.

The U.S. has experienced a boom in crude production in places like North Dakota, and pipelines that once took crude from the Gulf of Mexico up to the Midcontinent have now been reversed to bring Bakken crude oil south, leading to questions about whether the Strategic Petroleum Reserve can effectively and efficiently deliver oil to where it's needed most in a crisis.

Earlier, in the Forum's first panel, Leonhard Birnbaum, chief commercial officer of Germany-based E.ON, said he does not see shale gas being a game-changer in Europe the way it has been in the U.S.

Birnbaum said Europe lacks the regulatory environment and infrastructure to significantly tap into its shale gas resources. In addition, he said, Europe does not have the robust oil services industry and pipeline systems that the U.S. has. Also, environmental opposition to fracking is high in Europe.

“It's hard to imagine it's going to take off fast,” Birnbaum said. “For the next 10 years, it's not a game-changer. The advantage of the U.S. on the gas side and the power side is quite sustainable.”