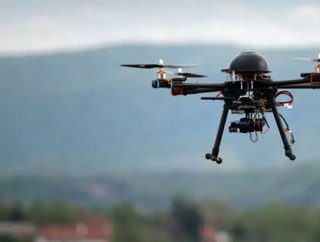 [email protected] The May issue of Energy Digital magazine is live By John McMalcolm Drones are one of the most intriguing technological innovations...

Drones are one of the most intriguing technological innovations that have emerged in recent years, and they are taking the world by storm.

In the past, these devices were mostly used for military purposes, but now, they are increasingly being used in domestic applications. One of the sectors that are showing considerable interest in drone technology is the utilities sector.

Many utility companies are beginning to realize the potential of drones as tools for providing a new level of surveillance of their utility systems, and some of them are already testing drone technologies and developing prototype systems.

Here is a look at some of the possible uses of drones in the utility industry:

When power lines go down, they can cause a lot of inconvenience for the residents who are affected, and it can be difficult for utility companies to locate them.

In an effort to make the tasks of locating and repairing fallen power lines more efficient, some utilities are conducting experiments with drones. Equipped with simple optical cameras, these drones are relatively inexpensive to produce, and they can fly for several hours.

They can be launched quickly to locate downed power lines, count downed utility poles and help field workers determine what they need to replace in a particular area. They are especially useful for assessing storm damage in remote areas that are difficult to access due to flooded roads and fallen trees.

However, drones will not completely replace the helicopter fleets of utility companies, because they may not be able to provide proper surveillance in severe weather and heavy fog.

Some utilities are also considering using drone technology to monitor their gas, oil and water pipelines.

Drones can significantly reduce the risk of damage to pipelines by speeding up message and response times. The messages they deliver may come with graphical material to make it easier for the staff to preselect and prioritize them. Additionally, drones can be deployed to monitor the progress of pipeline constructions and reconstructions.

Another benefit of using drones to survey pipelines is that they are more environmentally-friendly and produce less noise than helicopters.

According to an article titled “Big Data Meets the Little Drone,” the volume of data produced will increase significantly when drones are employed.

Small drones are able to fly at low altitude, and they are the perfect devices for capturing precise images and data. Digital images and videos are not just images or image composites; they actually result from the processing of visual light as a binary numeric representation of images, meaning that light is converted into digital data. The higher the resolution of a camera, the higher the amount of data captured.

Utilities that are planning to use drones should consider implementing a big data solution to manage and analyze the large amounts of data that will be produced during their drone surveillance activities.

As drone technology continues to advance, it will not be long before utilities can take to the skies with these little flying robots.

About the Author: John McMalcolm is a freelance writer who writes on a wide range of subjects, from social media marketing to Cloud computing.