Which oil companies are social? 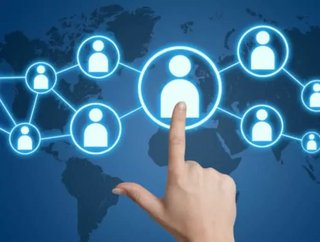 By Tina Samuels When the public thinks of oil companies, the perception is usually not so positive. It can be difficult for oil companies to combat suc...

When the public thinks of oil companies, the perception is usually not so positive. It can be difficult for oil companies to combat such negative ideas. Many have found social media to be a daunting place.

With so much negative press for oil companies, opening up to even more of an onslaught from thousands, if not possibly millions can be viewed as yet one more hopeless avenue. Even in this light of negative views there are a few oil companies doing things right with social media.

Here's a look at who is making social media home and gaining fans.

Shell has more fans and interaction than any other oil company in social media. On Facebook alone the company has more than three million 'Likes'. Not only does Shell have a Facebook page, they have a huge presence on Twitter and LinkedIn.

On LinkedIn the company has five different accounts and a combined connection rate of nearly 500,000 people. Their Twitter account has more than 100,000 followers and Shell welcomes all people to share their views of the company.

Shell updates their accounts frequently which allow investors and customers to see what the company is up to. This is where many oil companies forget that they're missing a chance to create positive images for their companies and their staff. Shell took on many social networks and did well by keeping their involvement going every day.

This company has more than 60,000 connections on LinkedIn, nearly 11,000 on Twitter, and more than 6,000 fans on Facebook. Statoil has a LinkedIn group with over 27,000 members who share news and have insightful discussions concerning energy.

To get conversations going the company's social media manager posted questions on the LinkedIn group's page which gets members interested and ready to have great conversations.

A relatively small company compared to most others, Payson Petroleum has a unique presence in social media.

The company has a small following on LinkedIn, Twitter, and Facebook with well under 10,000 followers combined across all networks.

After a second look it becomes apparent that Payson is doing something right, as their YouTube channel has had over 400,000 views.

Payson uses YouTube to post videos where the director of client relations asks the CEO of the company questions about their company. As an independent oil company this video strategy allows the company to teach potential clients and investors more about the inner workings of Payson.

This company has several pages set up on Facebook, which correspond to their customers in regions across the U.S.

Chesapeake has more than 20,000 likes on Facebook, over 18,000 on their LinkedIn page with an additional 7,646 in their LinkedIn Chesapeake Energy Careers group. Their Twitter account has nearly 40,000 followers, while their YouTube channel boasts more than 600,000 views.

By reaching out to customers, updating frequently, and allowing differing points of opinion, these companies have made a mark on social media.