Why are gas prices so high? 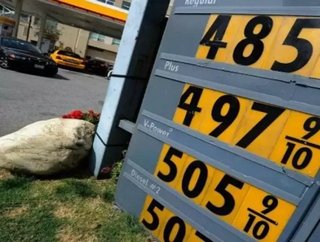 Drivers on the coast are questioning why gas prices seem to have suddenly skyrocketed after hitting an average of $4.232 per gallon Wednesday througho...

Drivers on the coast are questioning why gas prices seem to have suddenly skyrocketed after hitting an average of $4.232 per gallon Wednesday throughout the state of California—45 cents higher than national average.

Just after Hawaii, California has become home to the nation's most expensive gas due to low supply and strict anti-pollution laws that require motorists to use costlier, cleaner blends of gasoline.

New York, Connecticut and New Hampshire are also experiencing high prices for the year at a rate of 40 cents higher than the previous year. Prices in the Pacific Northwest are also above $4.

On the West Coast, another dramatic surge in prices over the next five days is expected before an eventual decline—a sign that Californians should lay low over the weekend to save a few bucks.

With the national average at $3.78 per gallon, prices have generally decreased since Labor Day for other states. Texas, the lower Midwest and parts of the South have the cheapest prices for gas at $3.50 to $3.614 per gallon.

While California experiences the decade's lowest inventory, the effects from Hurricane Isaac have further complicated the situation, disrupting refineries and deliveries of imported oil along the Gulf well into September. Over the summer, the price of oil rose 27 percent, but has dropped 11 percent since mid-September.

Analysts are hopeful that prices should come down by Thanksgiving, with the majority of the country seeing prices at $3.50 per gallon or less.