Women gain ground in the oil and gas field 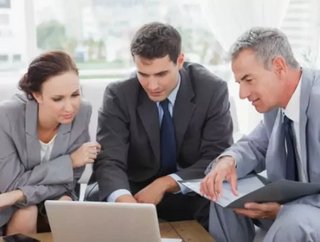 [email protected] Make sure to check out the latest issue of Energy Digital magazine Career prospects for women in the oil and gas industry have imp...

Career prospects for women in the oil and gas industry have improved in recent years and an increasing number of women are taking advantage of those opportunities, according to the majority of energy professionals in the inaugural Global Diversity and Inclusion Report.

The study conducted by international oil and gas company BP and Rigzone, an online resource for the oil and gas industry, examined female representation in the energy workplace from the perspective of 3,000 oil and gas professionals.

While nearly three-quarters of respondents (72 percent) believed oil and gas remains a male-dominated industry, and there is still a lot of progress to be made, the majority of energy professionals said it was quite or very important for the oil and gas industry to ensure it is attractive to women. This finding is particularly relevant given nearly nine out of ten survey respondents were male.

The industry's progress may be most notable in respondents' thoughts about the future.  More than 60 percent said they expect the greatest increases in female representation to be among professionals just entering the industry and those early in their career.

“We want women to know that the oil and gas industry has made tremendous strides in recent years and that it offers opportunities not provided by other sectors,” said Kirsty Bashforth, group head of Organizational Effectiveness, BP.

“Whether working internationally or domestically, onshore or offshore, the possibilities are endless. While the industry acknowledges it still has work to do in terms of a gender balanced pool of talent, the results of this survey demonstrate that industry initiatives and programs to engage women about careers in oil and gas are making an impact and we need to keep focused for them to continue to do so.”

Read more stories about the oil and gas industry:

The survey uncovered the barriers and challenges women frequently face in the oil and gas industry, as well as potential solutions for increasing female representation. One in five (20 percent) strongly agreed gender based discrimination occurs within the industry and respondents cited societal conditioning, a lack of qualified candidates and family care responsibilities as most significant barriers to increasing the proportion of women in the industry.

“We'll never have the best industry if we can't attract the best talent regardless of gender,” said Paul Caplan, president of Rigzone. “While barriers still exist and companies can do more to ensure fairness, an oil and gas career offers tremendous global career opportunities, complex problems to solve and above average pay – all reasons talented professionals should consider energy first.”

When it comes to selecting an employer, male and female oil and gas professionals were united on the top three decision points:  transparency in remuneration structure, availability of mentoring and sponsorship programs and flexible working arrangements.

While 62 percent of respondents felt the number of women working in oil and gas has increased globally, 80 percent of oil and gas professionals in South America agreed with this statement compared to only 52 percent in Europe, the lowest proportion from any work region.

Encouragingly, respondents based in both Africa (60 percent) and Asia (64 percent) agreed or strongly agreed that women have equal opportunities to men for advancement to management positions in the oil and gas industry compared to 54 percent globally.

However, 31 percent of U.S. oil and gas professionals believe they have lost out professionally due to their gender and not their ability. This is the highest proportion of respondents from any region globally.