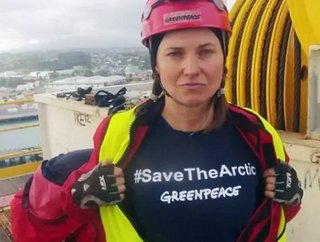 Lucy Lawless is more than just a &ldquo;Warrior Princess&rdquo; on TV. In real life, the Spartacus actress is also a warrior for the environment. Afte...

Lucy Lawless is more than just a “Warrior Princess” on TV. In real life, the Spartacus actress is also a warrior for the environment.

After pleading guilty last week in an Auckland, New Zealand, court to charges of unlawfully being on a ship, Lawless' acts of eco-consciousness have received international attention. For 77 hours, the actress camped out and blogged from a ship chartered by Shell Oil “to tell the world that Shell has to be stopped from going to the Arctic,” she wrote.

"For the first time in my life, I put my body and reputation on the line to stand up for my beliefs and do the right thing," she told the Associated Press after appearing in court. "I hope I've encouraged other people to do the same."

In February, Lawless was arrested along with others after boarding an oil-drilling ship headed towards the Arctic. This time around, she expects to serve no jail time, with a sentencing set for September.

Vivienne Rachel Hadlow, one of the other eight activists pleading guilty to last week's charges, read a statement on behalf of Greenpeace outside the court:

"We stand by our actions in occupying the Noble Discoverer. Our actions and those that have followed since against Shell-contracted vessels have brought the world's attention to Shell's insane plans and have brought 475,000 people to lend their names to stopping Shell's drilling in the pristine Arctic.

"Like the Arctic, New Zealand is also under threat from extreme frontier oil drilling. Companies like Petrobras, Shell and Anadarko are planning to start exploratory drilling in some of New Zealand's most isolated, precious and exposed waters, possibly as soon as this summer.''

For now, the group's plan has been successful, gaining the attention of media giants like BBC, ABC, Reuters, The Daily Mail and The Washington Post.