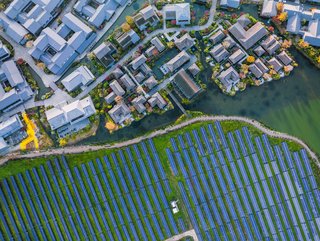 This week at Energy Digital, we saw the launch of Shanghai Electric, Capital Energy’s new solar farm project, and the UAE step up oil and gas production

Earlier this week, the company announced that the equipment had started producing electricity at the site from 10th October 2022, for commercial use. This was 17 days earlier than expected and marked another milestone in the construction of the company’s facility.

The project has been divided into three blocks – A, B and C - the first of which was put into full operation in July 2021.

Capital Energy, the Spanish renewable power retailer and developer, has said that it has obtained the environmental impact statement for the 8MW La Encantada solar farm project in the Castile-La Mancha region of central Spain.

The company said that it will invest €6mn into the photovoltaic scheme, which is based in the Cuenca province. Once the project is completed and operational, La Encantada will be capable of generating 16,000MWh per year – enough to meet the demand from more than 6,000 local households. It will also prevent the emission of some 6,000 tonnes of CO2 per year.

The Abu Dhabi National Oil Company (ADNOC) has announced the awarding of a contract worth US$980m to ADNOC Drilling to hire two jack-up offshore rigs and associated manpower and equipment.

The contract will support the expansion of ADNOC’s production capacity as it responds to the growing global demand for lower carbon intensity oil and gas, a statement said.