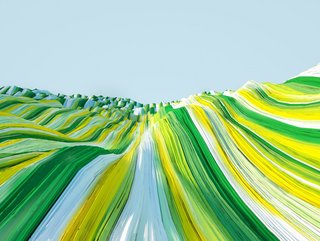 This week at Energy Digital, we saw an exceptional week for renewables, with investment in green energy dominating the world’s headlines

Investments in renewables outstrips oil and gas for the first time

A report by Rystad Energy revealed that capital investments in renewables reached $494bn in 2022, compared to $446bn in oil and gas for the same period.

A statement from Rystad Energy explained that, up until now, returns on renewable energy projects (such as solar PV and wind) have been unspectacular and primarily reliant on subsidies to get projects over the line.

Furthermore, although cost pressures due to recent commodity and supply chain issues should have made matters worse (due to reversing years of rapid unit cost improvements in the sector), analysis from Rystad Energy found that current spot prices in Germany, France, Italy and the UK would all result in paybacks of 12 months or less.

TotalEnergies has announced that the Al Kharsaah solar power plant in Qatar has completed construction, been started up and connected to the country’s national grid, the company behind the project has announced.

With 800MWp installed capacity, the plant has been constructed on a 1,000-hectare terrain, equivalent to approximately 1,400 football pitches, the company said. Al Kharsaah can supply 10% of Qatar’s peak power consumption and will avoid 26 million tons of CO2 emissions over the course of its lifetime.

As the first large-scale photovoltaic plant in Qatar, this represents a landmark moment for the region’s green energy investments.

Iberdrola commits to an investment of up to €3bn in Australia

Iberdrola has committed to a major investment of between €2 to €3bn into Australia.

The Spanish renewable energy giant aims to boost the switch to renewables in the country and reach 4,000MW in the coming years, thereby further consolidating its position in Australia - a key energy market for the company.

This investment follows the €2bn that Iberdrola has already invested in the country.

"With these investments, Australia is consolidating its position as one of Iberdrola's key markets. The country's abundant wind and solar resources, as well as the pace of technological development, place this region in a privileged position,” commented Ignacio Galán, the company's Chairman.

“We will lead and accelerate its transition to an economy with green energy at its epicentre, with the aim of increasing the amount of electricity generated with renewables, which now represents around a third of its generation.”