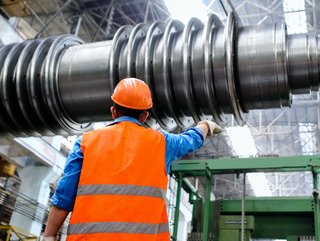 Generate Upcycle, a leading waste-to-value platform founded by Generate Capital PBC, today announced the commissioning of the first Varcor system dedicated to the treatment of septage and biosolids from municipal wastewater. Located in Sumner, WA, the facility is owned by Generate Upcycle and operated in partnership with Sedron Technologies.

The innovative Varcor technology represents a major improvement in the industry’s ability to mitigate the substantial environmental consequences of liquid waste. The system uses a mechanical and thermal process that delivers both environmental and commercial benefits by eliminating the use of chemicals, the need for costly cross-state hauling of liquid waste, and land application of biosolids. Importantly, it also involves using less energy than traditional treatment processes, furthering the environmental benefits of the system. Finally, the new facility produces both pathogen-free solid fertilizers and aqueous nitrogen fertilizers that can be used as key inputs in agriculture. It transforms traditional wastewater processes that can have a negative impact on the environment into upcycling processes that deliver environmentally beneficial outputs.

“The Varcor system not only reduces the environmental impact of traditional treatment methods by eliminating toxic by-products, but it also lowers the cost of liquid waste disposal,” said Bill Caesar, President of Generate Upcycle. “Municipalities and other liquid waste haulers now have an option to reduce their GHG emissions and eliminate contamination risks while saving money.”

By providing a cheaper and cleaner way to dispose of liquid waste, Generate Upcycle’s Sumner facility is now a critical piece of the regional waste infrastructure in Washington state. With a total capacity of 150,000 tons per year, it can treat a significant portion of the septage and biosolids from Washington’s King and Pierce Counties. While the Sumner facility only treats municipal waste, Generate and Sedron will apply the same technology on other sites to treat agricultural and industrial waste.

The Sumner facility will also reduce nutrient pollution into the Puget Sound by diverting hundreds of thousands of pounds of nitrogen from existing wastewater plants and producing a climate-smart nitrogen fertilizer that displaces the production of fossil fuel-derived fertilizers.

In 2015, millions of people saw Bill Gates drink the recycled water produced by Sedron’s pilot facility in Sedro-Woolley, WA. “Partnering with Generate is now allowing us to deploy the technology at scale and dramatically improve the sustainability of wastewater treatment in North America,” said Peter Janicki, Founder and CEO of Sedron Technologies. “Together, we are helping cities across the U.S. turn sewage into valuable resources through a fully circular process.”

Generate Upcycle’s waste-as-a-service business model gives communities easy access to the Varcor technology without the need for upfront capital or for lengthy timelines for upgrades to existing waste infrastructure.