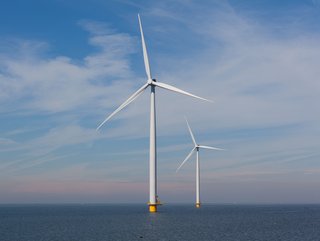 Mubadala Investment Company (Mubadala), the Abu Dhabi-based sovereign investor managing a global portfolio of assets valued at US$284 billion, has said that it has acquired a stake in Skyborn Renewables, the world’s largest private offshore wind developer, alongside Global Infrastructure Partners (GIP).

A statement said that the 100% acquisition of Skyborn Renewables provides GIP and its co-investors, including Mubadala, with access to the largest private offshore wind developer globally.

With a long track record of development, Skyborn Renewables is an established presence in Europe and Asia Pacific. Headquartered in Bremen, Germany, the company has an offshore wind track record of more than 7GW developed to date, as well as a portfolio of operating and under-construction projects in Germany, France, and Taiwan.

The group also currently has a 30GW pipeline of highly diversified offshore wind projects that are in various stages of development, the statement added.

Khaled Abdulla Al Qubaisi, Chief Executive Officer of Real Estate and Infrastructure Investments at Mubadala, said: “Offshore wind is one of the most attractive and fastest growing segments within renewables, with the sector expected to grow 10-fold in the next decade.

“Wind energy is an important component of the transition to clean, renewable power and as a responsible investor, we at Mubadala are proud to be a part of a consortium that is playing a leading role in addressing the global challenges of the climate crisis and energy security.”

The investment from Mubadala also includes the acquisition of a stake in GIP’s 50% interest in the NY Bight Project called Bluepoint Wind, which is a 1.6GW offshore project in the US that will provide investors with immediate access to the growing US offshore wind market.

Offshore wind is expected to be one of the fastest growing renewable energy sectors over the next 15 years, the statement said. The current installed capacity of 27GW is set to grow to 290GW by the year 2035. The forecasted growth of the offshore wind market will require annual investments of US$ 50 billion, the company said.

In April this year, the sovereign investor was part of a BlackRock Real Assets-led consortium which agreed to invest US$525 million into the renewable energy arm of India’s Tata Power – Tata Power Renewable Energy. The company is set to play a key part in India’s energy transition and is planning to increase its current 4.9GW clean energy capacity to more than 20GW over the next five years.