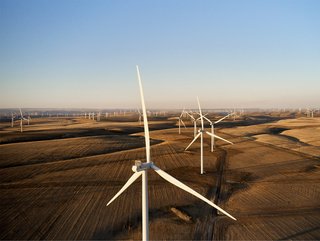 The world is entering a new age of clean technology manufacturing, and countries’ industrial strategies will be key to success

The energy world is at the dawn of a new industrial age – the age of clean energy technology manufacturing – that is creating major new markets and millions of jobs but also raising new risks, prompting countries across the globe to devise industrial strategies to secure their place in the new global energy economy, according to a major new IEA report.

Energy Technology Perspectives 2023, the latest instalment in one of the IEA’s flagship series, serves as the world’s first global guidebook for the clean technology industries of the future. It provides a comprehensive analysis of global manufacturing of clean energy technologies today – such as solar panels, wind turbines, EV batteries, electrolysers for hydrogen and heat pumps – and their supply chains around the world, as well as mapping out how they are likely to evolve as the clean energy transition advances in the years ahead.

The analysis shows the global market for key mass-manufactured clean energy technologies will be worth around USD 650 billion a year by 2030 – more than three times today’s level – if countries worldwide fully implement their announced energy and climate pledges. The related clean energy manufacturing jobs would more than double from 6 million today to nearly 14 million by 2030 – and further rapid industrial and employment growth is expected in the following decades as transitions progress.

At the same time, the current supply chains of clean energy technologies present risks in the form of high geographic concentrations of resource mining and processing as well as technology manufacturing. For technologies like solar panels, wind, EV batteries, electrolysers and heat pumps, the three largest producer countries account for at least 70% of manufacturing capacity for each technology – with China dominant in all of them. Meanwhile, a great deal of the mining for critical minerals is concentrated in a small number of countries. For example, the Democratic Republic of Congo produces over 70% of the world’s cobalt, and just three countries – Australia, Chile and China – account for more than 90% of global lithium production.

The world is already seeing the risks of tight supply chains, which have pushed up clean energy technology prices in recent years, making countries’ clean energy transitions more difficult and costly. Increasing prices for cobalt, lithium and nickel led to the first ever rise in EV battery prices, which jumped by nearly 10% globally in 2022. The cost of wind turbines outside China has also been rising after years of declines, and similar trends can be seen in solar PV.

The report notes that major economies are acting to combine their climate, energy security and industrial policies into broader strategies for their economies. The Inflation Reduction Act in the United States is a clear example of this, but there is also the Fit for 55 package and REPowerEU plan in the European Union, Japan’s Green Transformation programme, and the Production Linked Incentive scheme in India that encourages manufacturing of solar PV and batteries – and China is working to meet and even exceed the goals of its latest Five-Year Plan.