Leading one of the highest total carbon emissions companies 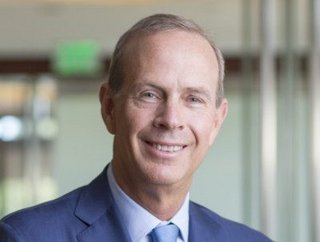 We take a closer look at Michael Wirth, Chief Executive and Chairman of the Board of one of the world's leading energy corporations - Chevron

Succeeding John S. Watson , Michael Wirth became the Chief Executive and Chairman of the Board of one of the highest privately-held total carbon emissions companies in the energy sector. That company is Chevron.

Prior to the start of his career, in 1982 Wirth obtained a bachelor’s degree in chemical Engineering from the University of Colorado.  Before the end of the year, he started his first job at Chevron where he has remained ever since.

He has worked across several sectors for the company before making his way up to the position of CEO and Chairman of the Board. One of his first major roles within the company was in 2001 when he became President of Marketing for Chevron Asia, Africa, Africa and Middle East.

In 2017, he served as vice chairman of the board, a role which included a two-year tenure as Chevron’s executive Vice President of Midstream and Development. In this role, Wirth was responsible for the company’s shipping, supply and trading, and pipeline and power operating units, as well as for Chevron’s strategy, business development, and corporate affairs.

From 2006 to 2017, Wirth served as Chevron’s Executive Vice President of Downstream and Chemicals, which followed on from his position as President of Global Supply and Trading which he held from 2003 to 2006.

As a well-known company in the energy sector, Chevron was originally founded in 1879 in California, United States. Active in more than 180 countries, the company is the second-largest descendant of Standard Oil and was first named the Standard Oil Company of California. Wirth’s expertise and leadership have helped it grow through modern times to become a true industry leader.

Most recently, Chevron announced that it had deployed sensor-affixed drones to detect emissions in the U.S. Gulf of Mexico. According to the company, it is one of the first in the industry to achieve the feat.

The Gulf of Mexico has some of the lowest carbon intensity production within Chevron's portfolio. It averages an intensity of 6 kg carbon equivalent per barrel of oil equivalent, a fraction of the global average.