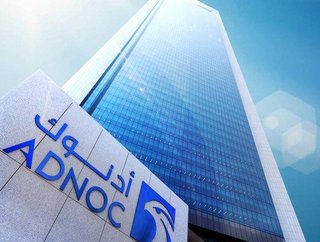 The CEO of Abu Dhabi National Oil Company (ADNOC), Dr. Sultan Ahmed Al Jaber, has met with both potential and existing partners in China and...

The CEO of Abu Dhabi National Oil Company (ADNOC), Dr. Sultan Ahmed Al Jaber, has met with both potential and existing partners in China and Japan to explore new partnership and co-investment opportunities.

ADNOC, which recently announced the expansion of its strategic partnership model, as well as the more active management of its portfolio of assets, said the trip was also part of an effort to strengthen UAE bilateral relations with China and Japan.

ADNOC has existing partnerships with a number of Chinese and Japanese companies across its upstream, midstream and downstream businesses.

In China, Al Jaber met with the Ministry of Foreign Affairs including H.E. Wang Yi, Foreign Minister of the People’s Republic of China and Mr. Deng Li, Director-General for the MENA Region.

He also met with existing and new, potential partners to brief them about ADNOC’s new, expanded partnership approach.

In Japan, Al Jaber had a bilateral meeting with H.E. Shinzo Abe, Prime Minister of Japan. Dr. Al Jaber conveyed the greetings of the UAE leadership to Prime Minister Abe and discussed ways to deepen cooperation in the energy sector.

Al Jaber said, “As ADNOC embarks on its new approach, we look forward to building on our successful partnerships in both China and Japan. We believe our mutual goals and objectives are aligned and that committed and long term collaboration will help meet the growing energy demand of both countries, as well as promote sustainable economic growth and trade.”

The CEO’s visit to Japan coincided with the fifth Abu Dhabi-Japan Economic Council meeting in Tokyo where a number of senior Abu Dhabi officials discussed potential areas of cooperation around key economic sectors, including oil and gas.