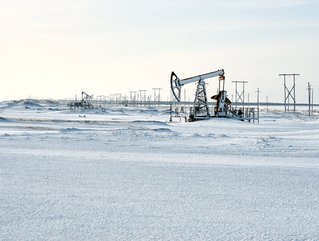 This week the Alaska Department of Natural Resources announced a record-breaking oil field lease for drilling rights to its North S...

This week the Alaska Department of Natural Resources announced a record-breaking oil field lease for drilling rights to its North Slope fields. Tim Daiss of Oil Price said that while “Alaska is still trying to make an oil production comeback after years of declining production from maturing fields… the state held another record-breaking oil and gas North Slope lease, netting competitive bids from investors around the world and breaking last year’s bonus bid amount and the bid per acre record”.

The Alaska Division of Oil and Gas reported the receipt of 159 bids for drilling rights to state lands in the North Slope, Beaufort Sea, and North Slope Foothills areas. The winning bids, according to Daiss, totally US$28.1mn.

The winning bid for the North Slope field totalled $20.4mn, representing $110 per acre, in 2017. This year’s bid, Daiss reports, “edged out the 2017 sale… bringing in $27.3 million”. The North slope is Alaska’s most profitable site, “where improved drilling efficiencies have recently resulted in the first increase in annual production since 2002”.

In August, Forbes Magazine reported that “Alaska might be the next oil boom province, based on a new report from IHSMarkit which estimated that 28 billion barrels of recoverable resources remain in the Alaskan North Slope”.

Alaska remains the fifth-largest oil-producing state in the US, while Californian oil and gas production continues to decline, outpaced by North Dakota, Colorado, and Alaska last year. According to Oil Price, “the uptick in oil lease sales will help Alaska regain some of its oil production prominence”.