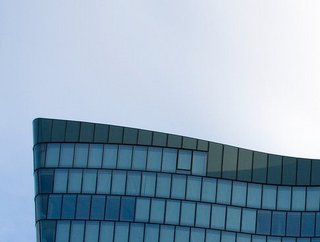 OMV, the Austrian multinational integrated oil, gas and petrochemical company, has said that as part of its Strategy 2030, it has set itself the goal of expanding its low carbon business and thereby, its range of low carbon energy.

In a statement OMV said that in the geothermal sector, OMV sees its strength in its expertise along with experience above and below ground, its existing reservoirs and infrastructure, and the strong market growth in Europe.

It added that its energy production from geothermal energy is expected to grow to up to 9TWh by 2030.

Amongst other projects, OMV is working on two geothermal development projects: one in Austria and one in Germany, where it is cooperating with a partner, he added.

In Austria, OMV is conducting a production test to analyse the geothermal potential in the Vienna Basin, the statement explained. In terms of geology, the test takes place in the basement of the Vienna Basin, in the ‘Hauptdolomit’.

A workover will prepare the OMV well Aderklaa 96 for testing at a depth of about 2,800 metres. Formation water (water contained in the rock’s pores) is produced, temporarily stored above ground in sealed containers and then fed back into the formation. The aim of the production test is to determine important reservoir parameters and to obtain samples of the formation water in order to decide whether this formation is suitable for producing geothermal energy, the statement said.

In Germany, OMV has a 50% interest in a geothermal exploration project, called Thermo, in Lower Saxony. This involves a small aircraft taking gravity and magnetic measurements over an area of around 5,000 km² to gather geological information.

This information will be used to assess the geothermal energy potential and will be part of a comprehensive evaluation of future geothermal activities in the area. OMV’s partner in this project is ZeroGeo Energy GmbH (50%), the statement added.

According to OMV experts, the geothermal conditions in the Vienna Basin are suitable for use as a direct heat carrier. In northern Germany, the geothermal energy could be used to generate electricity, it concluded.