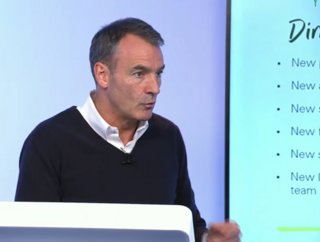 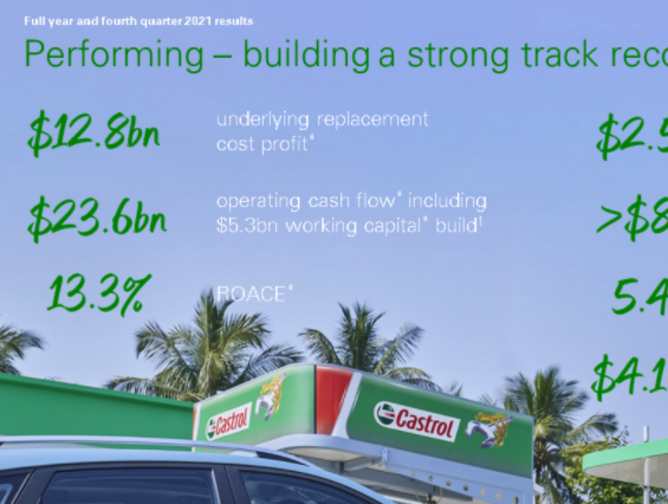 bp has mirrored Shell in posting a strong set of Q4 2021 results which saw profits rise to $4.1bn on the back of higher oil and gas prices, increased upstream production volumes and stronger refining commercial optimisation, swelling yearly profits to US$12.85bn.

In an announcement to the London Stock Exchange, CEO Bernard Looney said last year showed it was “performing while transforming” as it continues to prosper from fossil fuels while investing more in renewables, adding in a presentation that opportunities in the latter were “clear and compelling”. Major renewable projects have increased to 35, and 15% under budget.

“We've made strong progress in our transformation to an integrated energy company: focusing and high grading our hydrocarbons business, growing in convenience and mobility and building with discipline a low carbon energy business - now with over 5GW in offshore wind projects - and significant opportunities in hydrogen,” he said.

During a webcast presentation, Looney said bp’s three pillars are ‘resilient hydrocarbons, convenience & mobility, and low carbon energy’ as it continues to transform into an integrated energy company, focusing on:

Profits announced by bp and Shell are leading to increased calls for windfall taxes as consumers face soaring energy bills, but there is uncertainty how taxes can be imposed on global energy firms.

Professor Nick Butler, speaking on the BBC Radio 4 Today programme, said: “We should remember profits in this sector are taxed in a very progressive way and so they will be paying a lot of tax on these profits – what matters after that is what they do with the money. I think companies are a function of society, and what society needs now is both the transition, and making sure volatility in the world market is mitigated. It is one of the most interesting companies in the world right now as it’s right on the edge of this energy transition.”

In low carbon bp has continued to advance its offshore wind strategy with the award of a lease option with 2.9GW gross potential in the Scotwind auction and finalising offtake terms for the Empire Wind 2 and Beacon Wind 1 projects offshore New York. It is aiming to be net zero by 2050 ‘or sooner’ and cut operational emissions by 50% by 2030.

​​​​​​​bp expects supply and demand to move back to balance in the year ahead but lower levels of supply capacity mean price volatility is likely.