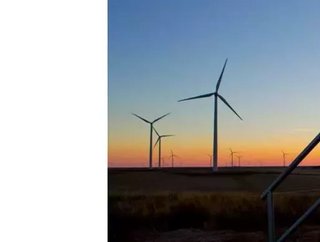 The collapse in oil prices coupled with the impact of the pandemic which hit transport, demand and margins have been attributed to bp's $18.1 billion loss in 2020, its first loss in a decade.

An underlying profit of $115 million for Q4 was the one bright spot, rising from $86 million in Q3, though commentators said this fell short of analysts' expectations. The impact of COVID-19 is most tangible when you consider the company recorded a $3.5 billion profit in 2019.

CEO Bernard Looney said it was a pivotal year, launching a net zero ambition, setting a new strategy to become an integrated energy company and creating an offshore wind business in the US.

bp and Equinor recently completed the formation of their strategic US offshore wind partnership, which includes bp’s $1.1 billion purchase from Equinor of a 50% stake in two major lease areas off the US East Coast (click here).

Looney said it began the process of "reinventing bp" with nearly 10,000 staff being laid off. Its global divestment continues with bp selling its 20% interest in Oman’s Block 61 to PTT Exploration and ‎‎Production Public Company Limited (PTTEP) of Thailand for $2.6 billion yesterday, though it retains a 40% stake.‎

"We strengthened our finances – taking out costs and closing major divestments. And through all of this, the underlying operations of the company remained safe – one of our safest years – and reliable, and major new projects were brought on line," he said.

"I appreciate our team’s commitment to deliver the energy the world needed and am grateful for the support we received from investors and the communities where we work. We expect much better days ahead for all of us in 2021."

Together with Eni, Equinor, National Grid, Shell and Total, it has formed the Northern Endurance Partnership (NEP) to develop the offshore infrastructure to transport and store millions of tonnes of CO2 emissions safely in the UK North Sea.

With bp as operator, the infrastructure will serve the proposed Net Zero Teesside and Zero Carbon Humber projects that aim to establish decarbonized industrial clusters in Teesside and Humberside.