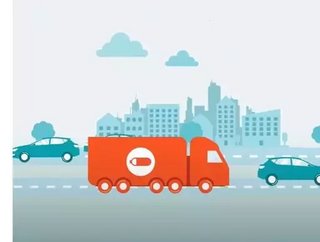 The initial commitment, covering renewable natural gas and fueling infrastructure, is $100 million and can increase to $400 million...

The initial commitment is $100 million and can increase to $400 million with Total providing credit support, including $45 million for contracted RNG fueling infrastructure.

Carbon-negative RNG is produced when carbon emissions are captured from dairies and turned into a transportation fuel.

As a result, the California Air Resources Board gives these carbon-negative RNG projects a weighted average carbon intensity (“CI”) Score (gCO2e/MJ) of -317 compared to 100 for diesel and 19 for electric batteries.

Clean Energy is the largest provider of RNG as a transportation fuel in the United States, and the largest RNG fuel provider under the California LCFS program. RNG can be used directly as a vehicle fuel or can be used as a feedstock to produce “green” hydrogen or “green” electricity and still generate LCFS environmental credits.

The companies have already partnered to expand the use of RNG in the heavy-duty truck market with the Zero Now program, which allows fleets to purchase RNG trucks for the same price as diesel trucks. The demand for carbon-negative RNG has rapidly accelerated through the Zero Now program with trucking companies such as Kenan Advantage, KeHE Distributors, Estes Express Lines, Tradelink Transport, among many others, taking advantage of the economic savings while powering their new fleets with the cleanest fuel in the world.

"The finalization of this JV with Total, which was originally announced in December of last year, demonstrates the commitment both companies have to the growth of RNG, a fuel that can tackle serious climate issues today,” said Andrew J. Littlefair, CEO and president of Clean Energy. "The demand by customers for RNG continues to accelerate, highlighted by our recent announcement that the largest bus fleet in the U.S., LA Metro, had converted their entire fleet to RNG. This JV will help Clean Energy to continue to increase its supply of RNG in the years ahead."

French President Emmanuel Macron and Patrick Pouyanné, Chairman and Chief Executive Officer of Total, officially opened L’Industreet in Stains (north of Paris), a campus for 18- to 25-year-olds, this week which is funded by the Total Foundation. The campus will provide tuition-free training for 400 young people each year in the industry professions of tomorrow.

Total, whose renewables portfolio has expanded by 10GW, recorded adjusted net income of $4.1 billion in 2020. The infographic summarises its activities in the electric mobility space. 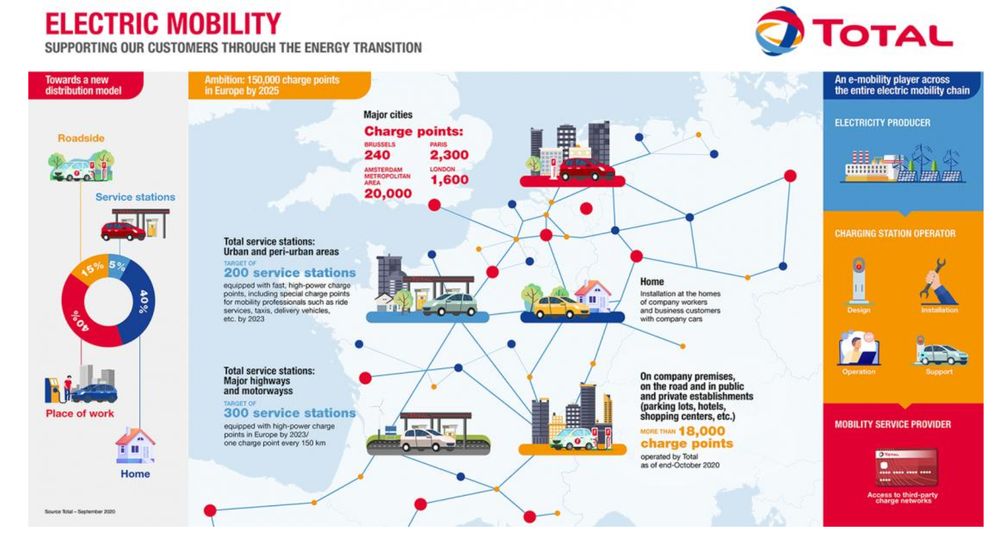