EU to invest €101mn in LNG terminal in Krk, Croatia 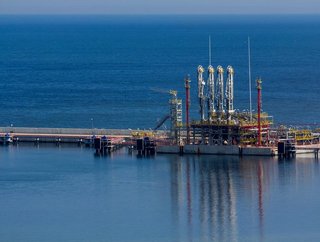 The EU has announced the signing of a grant agreement in which it will be committing €101.4mn (US$120mn) into the construction of an LNG te...

The EU has announced the signing of a grant agreement in which it will be committing €101.4mn (US$120mn) into the construction of an LNG terminal.

The terminal will be located on the Croatia’s Krk island, in the northern Adriatic.

The grant will contribute more than a quarter of the projects overall cost, which is estimated to be €383.6mn ($453.4mn).

The investment poses competition to Russia, which is currently Croatia’s largest LNG supplier.

The terminal will initially operate as an offshore floating storage and regasification unit (FRSU), hosting an annual capacity of 2bn cubic meters.

However, according to the European Commission the terminal will “increase the security of gas supply in central and south eastern Europe”.

The FSRU is to be moored permanently, and will have a jetty and connecting pipeline built to service the facility, allowing LNG carriers to be anchored.

“This investment will not only allow for the supply of natural gas to Croatia and Hungary; it will also increase the diversification of energy sources of central and south eastern Europe and give an economic lift to the region,” reported Miguel Arias Cañete, EU Commissioner for Climate Action and Energy.